Op-Ed: Local Election in Clay County, Kentucky Will Most Likely Be a Popularity Contest 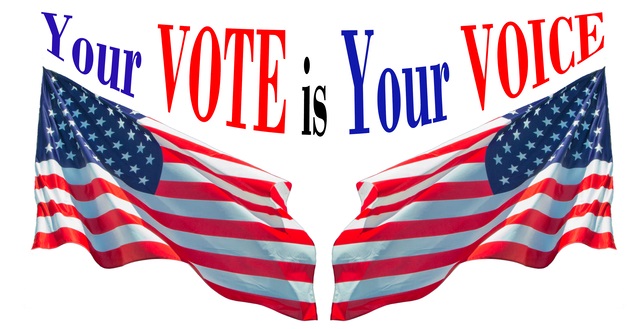 CLAY COUNTY, KY (November 1, 2022) - With local elections this next week I wanted to do some research and make my final decisions about who I would be voting for in local elections.  Sadly, I spent more time looking for information on candidates than I did actually reading about the candidates' "platforms."  There have been no debates since before the primary election in May.  There have been no "Town Hall" forums.  In fact, most of the candidates running for local offices don't have any sort of political campaign information at all.  Hence the title above.

When there is little to no campaigning then what it will likely all boil down to is a popularity contest based on name recognition.  That is the sad state of political affairs in Clay County.

Being a Christian conservative who has been a registered Republican for 25 years, I am always looking for candidates who believe in life, fiscal responsibility, transparency, and accountability.  Candidates who will first and foremost uphold God's Laws, and then the Constitution of the United States of America, and of course the Constitution of the Commonwealth of Kentucky.  Individuals who share those same belief systems should not be hard to find in small town America, but without hearing it from the candidates themselves I am left to only guess at what the majority of those running actually stand for.  I say most because I did find some information and I will share that with you throughout this editorial.  I am not promoting any one candidate over another nor am I discussing any unopposed races; I am simply sharing several hours' worth of research and offering my opinions on why things never seem to change in our little community.  Grab a cup of coffee and settle in, this could get a bit lengthy.

First up, we have the race for the County Judge Executive.  Mr. Tommy Harmon (R) won in the primary defeating former Sheriff Kevin Johnson, current County Judge Executive Johnny Johnson, and Mr. Joe Asher.  There are no signs of any campaign activity from Mr. Harmon since that time that I can find.  His opponent in the General Election is Mr. Jeffrey Todd Croucher (D) and I found no information on his political campaign whatsoever.

Next, is the choice for Jailer.  Mr. Wendell Keen (I) has posted several platform positions on his personal Facebook page. He has expressed ideas to help educate inmates in different "trades" in order to help them find gainful employment after serving their time.  He has a philosophy he calls the 3 C's which stand for Choices, Chances, and Changes.  Mr. Keen's opponent is the incumbent, Ms. Linda Smallwood (R). Ms. Smallwood defeated her challengers Mr. Mark Jackson and Mr. Chris Fultz in the May primary.  Even though Ms. Linda Smallwood has a Facebook page (labeled as a community page) that is specifically for her position as jailer and possibly used for campaigning, as it is labeled "Linda Smallwood-Jailer" there has been no recent activity.  There is an email address listed and the phone number to the jail.  The jail's website itself is simply a home page with a link to JailTracker information that shows current inmate information.  Both candidates have had prior work experience at the Detention Facility.  Mr. Keen as a guard and a work release supervisor and Ms. Smallwood worked in administration before becoming the Jailer.

The next contested race is for the District-1 Magistrate.  The two candidates are Mr. Michael Caudill (D) and Mr. Russell "Rabbit" Smith (R).  Mr. Smith has no campaign information available and his personal profile pages seem to consist of racing hobbies and family.  As I have previously discussed in coverage related to the Hoskins Cemetery, not one single Magistrate voted in opposition to the relocation of the Hoskins Cemetery and Mr. Smith was one of those Magistrates.  His opponent Mr. Caudill has no publicly available information regarding his bid for the Magistrate position, but his personal public profile indicates that he owns a lawn care service and was formerly the Assistant Chief at Lockard's Creek Fire & Rescue.

The position for Magistrate District-3 is also a contested race.  The respective candidates are Mr. Sonny Gay (R) and an Independent, Mr. Glenn Smith.  Mr. Gay won over six others vying for the position in the May primary.  His campaign efforts seem to stop there.  Mr. Smith (I) has a campaign banner up on his personal social media profile but no details about his platform are forthcoming.  It would appear that he is an avid hunter and outdoorsman.

The last contested race for Magistrate this year is in District-5 where the two candidates are Ms. Joan Swafford Brown (D) and Mr. Jerry Combs (R).  Ms. Brown was sworn in as the 5th District Magistrate in July after Governor Beshear appointed her to fulfill the term of her late husband Ray.  She was then nominated by the Clay County Democrat Party to fill her deceased husband's ballot position for the General Election.  Mr. Jerry Combs is the current principal of Goose Rock Elementary School according to his personal Facebook profile and has coached many sports teams. Neither candidate has posted any sort of political platform.  I believe a person who is currently working as a principal (if the Facebook profile is accurate and up to date) and reports directly to the school board serving on the fiscal court would be a conflict of interest.

The residents within the city limits of Manchester will also have to decide on the non-partisan (I will discuss non-partisan races later) Mayor's race.  The two candidates running are incumbent James Ed Garrison and challenger Steve Collins.  Mayor Garrison has one post on his personal Facebook page dated August 27th in which he asks potential voters to support his re-election bid. Candidate Steve Collins promotes Adult Education and has a post with a flyer that states his campaign platform very clearly. Addressing the homeless situation, improving city finances, and strengthening infrastructure are just a few of the highlights.  Both individuals have probably participated in local events over the course of Halloween weekend and I'm certain some in-person campaigning has taken place.  There is a City of Manchester, KY City Hall Facebook page (labeled as an official government page) that was created in March of 2020, but it appears to be under-utilized as far as posting updates about the City of Manchester. In my opinion, this could possibly be the tightest race in all of Clay County. Two seemingly well qualified candidates always make for an interesting race.

Next, we have another city of Manchester race with the voters having to decide on city council members. The following candidates are listed in order of ballot position with a few quick observations and notes accordingly:

Also, this year there are two races for the school board.  The first of which is in District-1 and there are four candidates.  The incumbent, Mr. Anthony Lovett, former pastor of Horse Creek Baptist Church who I believe now pastors a church in Laurel County.  Mr. Daniel Henson, owner of D&S Buildings and Barns who shares ideas that would benefit all Clay County students. He also wants to dissolve the "good ole boys club" and account for all funding amongst several other ideas stated in a clear and concise platform.  Dr. James M. (Mike) Davis, is currently the Principal at the Laurel County Schools Center for Innovation (CFI) and worked for Eastern Kentucky University (EKU) does charitable work and has also moderated several political events in the past. His resume is too long to list, and he is probably more qualified to be the superintendent than a board member.  Mr. Dustin Swafford owns the Wayside Restaurant and is a volunteer firefighter.  He has work experience as an EMT and was a certified coroner under Danny Finley.  Mr. Swafford lost in his effort to become the next coroner before deciding to run in the school board race and he speaks of a desire to focus on commonalities when working with others.

The other race for a school board member is in District-3.  Ms. Erica Sizemore-Stevens will face off against the incumbent, Mr. Leewood Cornett, a farmer.  Mr. Cornett has no political platform publicly available.  Ms. Sizemore-Stevens on the other hand has been very outspoken about her positions.  She publicly called out the use of CARES Act money being used to perform a $9 million dollar renovation of a gymnasium when other issues needed to be addressed.  The current chairman of the board of education, Mr. Mark Hoskins, who also serves as the editor of the local printed media (absolutely no conflict of interest there unless you are familiar with KRS(s) 160.180, 415.050, and 415.060) published a story about the renovation.

I mentioned earlier that I would address the non-partisan issue.  I personally believe that all candidates should have to announce their party affiliation even if they are running in a so-called non-partisan race.  With the National Democratic and Republican Platforms separated by such a huge vastness it would be nice to know where local candidates align on state and national issues.  Independent candidates could express which, if any, of those same issues they agree or disagree with.

The next issue I want to address is the campaigning itself.  The vast majority of campaigning in this county seems to be in the form of "yard" signs.  I know you have all seen them.  You can't miss them.  I will have to research this more, but I am currently under the impression that yard signs on public property are a no go.  Yard signs on private property are supposed to be out of the right of way.  Yet at every intersection you see yard signs.  If a candidate can't be bothered to sit down and take 30 minutes to type or write out a platform of ideas and positions, how can they possibly find the time to plant all of these yard signs?  Family, friends, and a handful of volunteers will likely get the blame, but each candidate should bear the responsibility of their signs and act appropriately.

With all of the hours spent trying to research our local candidates I became very disheartened at the lack of information.  There is a tangled web in this community and the citizens that I have had the opportunity to speak with about local issues are always suggesting that they are ready for change.  That change can start in one week from today.  Voices need to be heard in the form of votes.  Albert Einstein famously said, "The definition of insanity is doing the same thing over and over and expecting different results." He must have visited or heard about Clay County, KY because that is exactly what has been occurring here for decades.  Name recognition candidacies and popularity contests do not make for successful politics that benefit the people of the community.  For an idea of who politicians serve consider reading this previous Op-Ed.

If any candidate mentioned in this Op-Ed feels that they have been misrepresented in any way or would like to declare an official platform I welcome your feedback at .  I am human so I make mistakes from time to time and unlike most I am humble enough to admit it.

Last but certainly not least there is a possibility that candidates in next week's General Election may have an opportunity to sit for some last-minute interviews.  Stay tuned for more information! 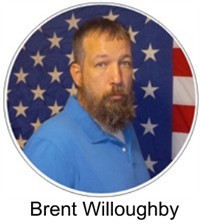 Not just talking change but helping to be a part of it.