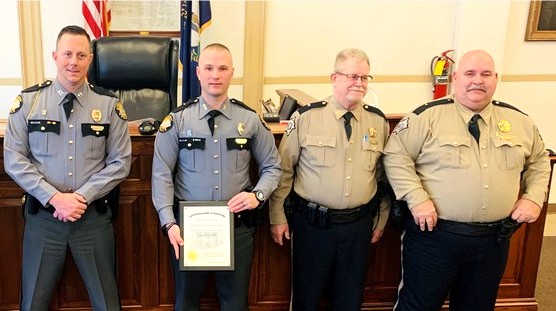 On the afternoon of Monday, October 26, 2020, Trooper Casey Caudill was patrolling on Boonesborough Rd in Clark County, when he noticed traffic stopped near the Madison County line. Trooper Caudill proceeded around traffic to further investigate and came upon a Montgomery County Sheriff's Deputy suffering a medical emergency.

The Deputy was lying in the road next to his cruiser and was unresponsive.

The Deputy was transported by Clark County EMS to Clark Regional Medical Center, where he was treated.

The Deputy has since made a full recovery.