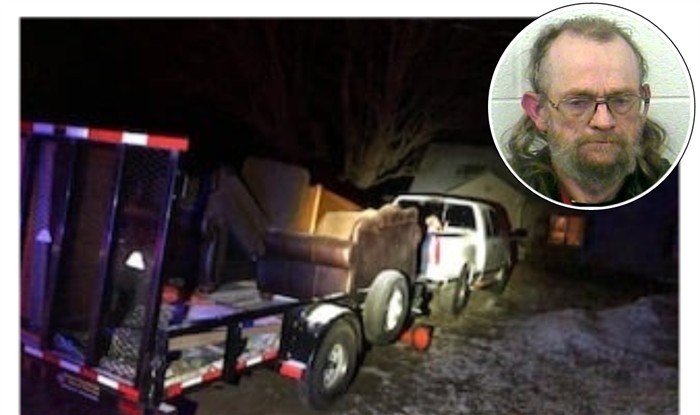 BARBOURVILLE, KY - The Knox County Sheriff's Department is reporting that: On Monday, January 18, 2021, at approximately 5:00 AM Knox County Deputy Bobby Jones responded to a complaint of a burglary in progress at a residence on KY 229 near the Laurel County line.

When Deputy Jones arrived at the residence, he observed a pick-up truck with an attached utility trailer parked in the driveway.

The truck and the trailer were loaded with furniture items that had been removed from the residence.

Deputy Jones also observed a man inside the truck.

After conducting an investigation, Deputy Jones arrested John David Hudson age 53 of Green Road, KY.  A second man, who was later identified, was inside the house and fled on foot when Deputy Jones arrived.

John David Hudson was charged with:

John Hudson was lodged in the Knox County Detention Center.

The investigation is continuing with at least one additional arrest expected.

Deputy Jones was assisted at the scene by Laurel County Deputy Justin Taylor.