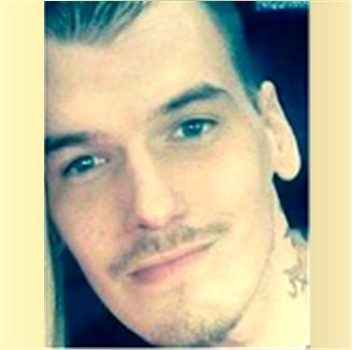 GRAY, KY (January 26, 2021) - On December 10, 2018, KSP received a call from Knox County Dispatch requesting assistance after human remains had been located off of Garland Cemetery Road in the Gray community of Knox County. Troopers and Detectives from Post 10 responded to the location and began an investigation.

Preliminary investigation indicated a 15 year old juvenile was riding his four wheeler in a wooded area off of Garland Cemetery Road when he came across human remains. After locating the remains, KSP was notified to investigate.

The human remains where sent to the State Medical Examiner’s Office in Frankfort for identification and a cause of death.

KSP has since learned, the human remains was of Adam Pinkley. Mr. Pinkley was 34 years old at the time of death.

Based off evidence collected, Mr. Pinkley was murdered on or about May 31, 2018.

KSP also discovered Mr. Pinkley was reported missing to Laurel County Sheriff’s Office in 2018 before his remains where located in Knox County.

The victim has ties to Laurel, Knox and Whitley Counties.

KSP is seeking any assistance from the public into any leads or suspects in the murder of Adam Pinkley.

Case is still under investigation by Det. Jake Wilson.

RELATED ARTICLE / KSP: Identification has been made / Human remains located in Knox County