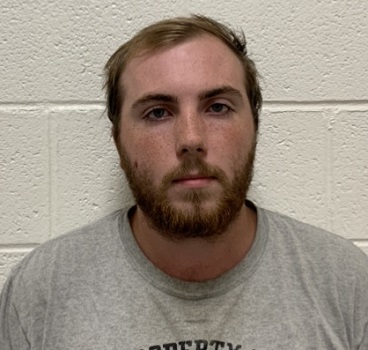 Christopher Murray, Jr., 21, of Elkton, Maryland, is charged with:

He is being held without bail at the Cecil County Detention Center.

According to a preliminary investigation, Maryland State Police received a CyberTip by the National Center for Missing and Exploited Children. The investigation led to the identification of the suspect and his subsequent arrest.

At approximately 5:30 a.m. Tuesday morning, Maryland State Police, assisted by the Homeland Security Investigations, served a search warrant at the suspect’s residence in Cecil County. After further investigation, Murray was located at a jobsite in Harford County. Murray was interviewed and later arrested without incident.