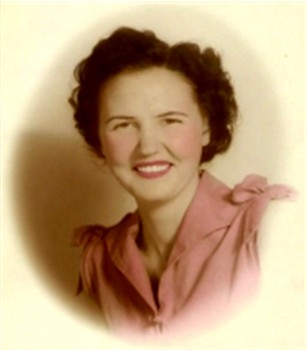 Thelma Abner Garrison, 96, of Manchester, KY, passed away Tuesday, September 29th, at the Advent Health Manchester Hospital. Thelma was born in Manchester, KY on August 29, 1924, a daughter of the late Shiloh and Elizabeth (Hibbard) Abner. She was a member of the Hooker Zion Baptist Church.

She is preceded in death by her husband, Charles Lewis "Bill" Garrison, and her daughter, Juanita Garrison.

In addition to her husband, parents, and daughter, Thelma was preceded in death by her sisters: Eliza, Allie, Lena, Zelda, Jenny, and Dorothy; and her brothers: Clarence, Edward, Gilbert, Harrison, Jack, Erskine, Elton, Lloyd, and Arnold.

Services will be held at 1:00 PM on Saturday, October 3rd at Britton Funeral Home in Manchester, KY. Burial will follow at the Garrison Cemetery on Liberty Hills.

Visitation will be held at 6:00 PM on Friday, October 2nd at Britton Funeral Home in Manchester, KY.