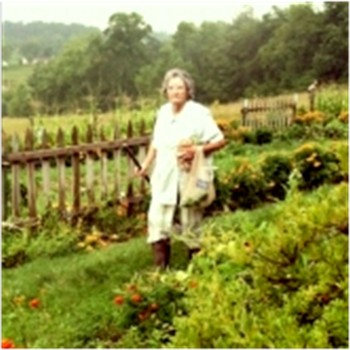 She is survived by her daughter Bonnie Walters (James) of Stockbridge, GA. By the following brother and sisters: Andy Wilson (Esther) of Big Creek, KY, Bessie Owens (Earl) of Manchester, KY, and Cora Barger of Florence, KY.

Mary also leaves behind a host of nieces and nephews. As well as the Barrett and Wilson families, who will miss her dearly.

In addition to her parents, Mary is preceded in death by her husband, Irvin Barrett and by her son Kenneth “Kenny” Wayne Barrett, also by two brothers and a sister: Lee Wilson, Charlie Wilson, and Myrtle Cook.

Mary was of the Baptist faith. She worked at The Christ Hospital in Cincinnati, OH, for 18 years. She also worked at the Memorial Hospital in Manchester, for 29 years where she ran the laundry. Her hobbies were cooking, gardening, reading, talking on the phone, animals, her family, and everybody else.

A walk-through visitation for Mary will be held from 1:00 PM to 2:00 PM on Saturday, January 2nd, at Britton Funeral Home in Manchester, KY.

A funeral procession for Mary will be going through Jack’s Branch into Bowling Branch on the way to the graveside service at A.R. Dyche Cemetery in London, KY.

Graveside services for Mary Barrett will be held at 3:00 PM on Saturday, January 2nd, at A.R. Dyche Cemetery in London, KY, with James R. Walters officiating.

The family requests that all visitors wear a mask and comply with the social distancing recommendations while inside the funeral home and at the graveside services.