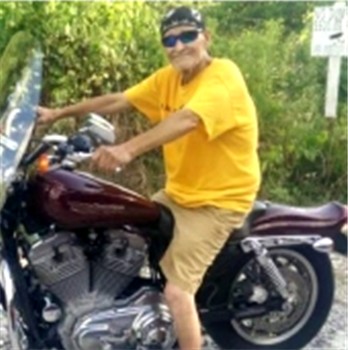 Steve Knuckles, 64, of Manchester, KY, passed away Sunday, January 10th, at the Advent Health Manchester Hospital.  Steve was born in Charlotte, NC on November 20, 1956, a son of the late Quessie Mae and Robert Boyd Knuckles, Jr.

He is preceded in death by his wife, Gwendolyn Simpson Knuckles.

Steve is survived by his daughter, Kimberly (Brandon) Webb, and his son, Steven (Kristian) Knuckles, both of Manchester;

In addition to his wife and parents, Steve was preceded in death by his brother, Russell Knuckles.

Services will be held at 2:00 PM on Friday, January 15th at Britton Funeral Home in Manchester, KY, with Steve Young officiating. Burial will follow in the Smith Cemetery on Asher's Fork.

Visitation will be held from 1:00 PM to 2:00 PM on Friday, January 15th at Britton Funeral Home in Manchester, KY.