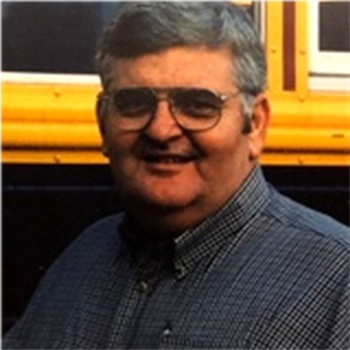 He is survived by his wife of 48 years, Brenda Johnson Broughton; three children: Michael Wayne Broughton Jr. and wife Rachel, Elizabeth McDaniel and husband Jim Ed, and Angela Smith, all of London. Two siblings, Chuck Broughton and wife Suann of Owensboro, KY. And Karen Broughton Ramsey of London, KY. He leaves behind his most treasured blessings, his six grandchildren: Peyton Broughton, Madison, Macie, Marlie, and Mabrie McDaniel, and Tucker Smith; plus a host of family and friends to mourn his passing. In addition to his parents, he is also preceded in death by one brother, James Donald Broughton.

Mike was a 1967 graduate and Co-Valedictorian of Hazel Green High School. He was a veteran of the United States Navy “SEABEES” division, which he served during the Vietnam era. He was a long time member of First Pentecostal Church in London where he served in the children’s ministry by driving a church bus for over thirty two years. He was a retired owner/operator of Broughton Trucking. Mike enjoyed spending valued time with his family, especially visiting with his grandchildren.

Vernon Jarvis to officiate. Burial will follow in the Pittsburg Cemetery.