Vanda Johnson Rice of Wooton, Ky was born February 4, 1936 and departed this life on Friday, October 11, 2019 at the Well's Hospice Center at the age of 83. Vanda was born at Hyden, Ky., the daughter of the late Orville Johnson and the late Polly Jane Wells Johnson.

Vanda was a former employee of the Lexington Clinic and the Hyden Manor nursing home. She was a faithful member of the Smilax Church of Christ and had been a resident of Leslie county since 1974. Vanda enjoyed cooking, canning, sitting on her porch, but she especially enjoyed being with her grandchildren and great grandchildren and her other treasured relatives and friends 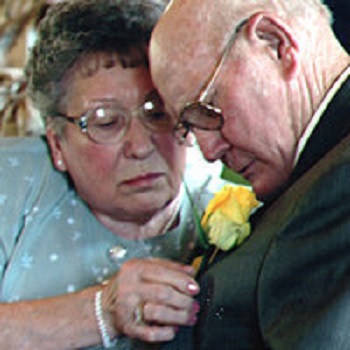 She was preceded in death by her husband of 65 years, Kelly Rice, her parents: Orville and Polly Jane Wells Johnson, one brother: Gilford and one sister: Louise Wooton., two brothers -in- law, Earl Wooton & Vernon Melton.

You may send your condolences to the family @dwaynewalkerfuneralhome.com