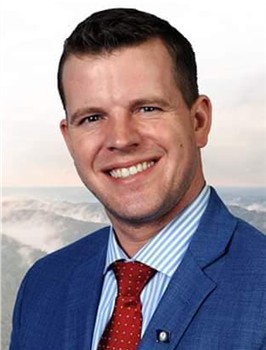 Buildings Rise and Fall, but Our Resolve and Our Character must Hold Strong

Where were you on September 11, 2001? Those of us alive at that time will likely never forget where we were or what we were doing when we heard the first news reports. I recall turning on the television to witness the aftermath of what I thought was a terrible accident after the first plane crashed into the tower. 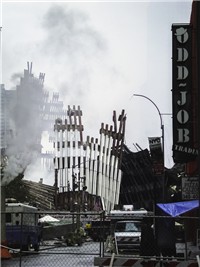 Then the second plane hit the second tower and I knew we were under attack. I knew from that moment forward; our lives were going to be different. September 10, 2001 was a much different day than September 12, 2001. You could feel it from the rubble of the World Trade Center in New York City all the way to the shores of the Pacific Ocean in California. The entire nation was irrevocably transformed.

On September 10, 2001, late night talk show hosts were making fun of the President; New York residents were rolling their eyes at police officers just trying to do their jobs; and, we were blissfully unaware of the plan to take thousands of lives and destroy symbols of our nation’s strength. Then the attack began. The first plane hit the North Tower at 8:46 a.m., the second plane struck the South Tower, and the third hit the Pentagon. Hijackers had the element of surprise on their side. However, as soon as the passengers of the fourth plane learned the fate of the first three planes, they sacrificed their lives to crash the plane in a Pennsylvania field rather than allow it to become a weapon.

Their courage and our mutual loss inspired our nation to promise that we would never forget. As a nation, we told ourselves that we would honor the Americans we lost that day by always remembering their sacrifice. I think some of us have forgotten and I wonder if the nation that came together in the aftermath of 9/11, is now tearing itself apart.

Nineteen years ago, we honored police officers that ran into those collapsing towers. Today, there is a call to defund the very people who rushed into those towers to save every life they could. We may have problems, but you do not fix them by adopting a cancel culture approach.

In the weeks following the September 11 attacks, we were civil to one another. We saw each other as fellow Americans, as members of the same team. With the advent of social media, we now deal with keyboard warriors who make offensive claims and hide behind fake accounts. We have a 24-hour news cycle that places greater priority on entertainment then information. There are leaders who refuse to recognize that differences do not have to define us, and that disagreement does not make you disloyal to our nation or state. Because of this, we are divided.

There have always been people who seek to divide us. Today, there are those who seek to use that division to destroy us. How do we prevent that? How do we get that sense of civility back? I believe we need to get back to God and get back to each other. Look up from your cell phone and connect with people. Random acts of terror and violence like what happened on 9/11 can never be stopped. There will always be bad guys out there. The best way to combat random evil is by doing random good. It might be an old-fashioned concept and I wish I could live up to it more, but when you do good not only do you help others, but you help yourself.

Though I am not in Frankfort as much as I am during the legislative session, I am always available to try and help. I can be reached through the toll-free message line at 1-800-372-7181, and you can contact me via e-mail at This email address is being protected from spambots. You need JavaScript enabled to view it.. You can also keep track of committee meetings and potential legislation through the Kentucky legislature’s home page legislature.ky.gov.