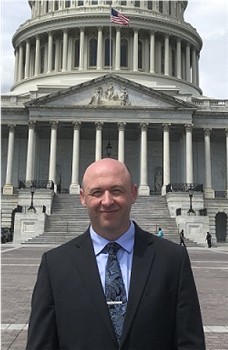 Op-Ed by:  Danny E. Davis - There is no doubt most of you have heard all the buzz around JD Vance's book, "Hillbilly Elegy," which was released in 2016 and the revival of that hype in 2020 with the movie released by Ron Howard.

I have no desire to see the movie. I began reading the book when it was released, but I didn't finish it because of the one-sided, generalized Appalachian stereotypes. Less than halfway through the book, I stopped because I felt Vance's conclusions were wrong.

From my perspective, Vance's effort to use one family to represent all Appalachian hardships was naive. His theme that people are generally at fault for their circumstances due to personal laziness was short sighted, and his attempt to blame people in poverty for their own misfortune missed the mark.

Unfortunately, the success of the book and movie will reinforce the stereotypical thought that Appalachians are lazy and solely responsible for their own plights. Those stereotypes will now purvey the thought of new audiences. Bad news and misfortune sell well in the media and entertainment industry. Of course, Vance and Howard know that painting a hard-to-believe picture of Appalachia sells more books and more movie views. But the problems are much bigger than each individual's lack of work ethic and one family's issues on the silver screen. The problems are both individual and systemic.

I agree that each individual won't overcome his or her poverty obstacles without a plan, preparation, hard work, ambition, and some blessings from God. That's the starting point for success. However, it doesn't end there as the book and movie depict (so I've heard).

There are systemic issues that have transpired for generations; and it will take politicians, community business leaders, institutions, academia, and individual effort - combined in a strategic approach - to address issues that keep Appalachian communities in poverty.

Systemic issues such as: a lack of opportunity, a lack of jobs, and tough geographic terrain to name a few. From my calculations, there are 10 to 15 "big rocks" that are causing the systemic issues. Those systemic issues need to be addressed and harmonized at multiple levels or Appalachian kids will never be on "equal" footing with many other kids in America.

As a proud Appalachian Kentucky native, I am aware of a few other Appalachians who realize overcoming the obstacles of poverty in our region require individual and systemic approaches combined. That's great critical thought that one wouldn't expect from "hillbilly's." It's too bad some of those outside of Appalachia do not use enough critical thought to realize it's much more complicated than simply overcoming personal laziness. But if they did, that would be a book worth reading and a movie worth viewing.