FRANKFORT (June 13, 2019)— Kentucky's hungry are mostly children – around 200,000 of them in fact, one of the state's leading anti-hunger organizations told state lawmakers yesterday. 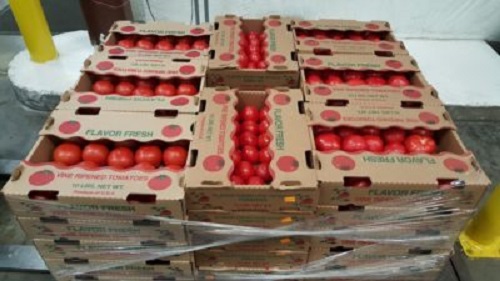 Tamara Sandberg, executive director of Feeding Kentucky – formerly known as the Kentucky Association of Food Banks – told the Tobacco Settlement Agreement Fund Oversight Committee that many people are surprised to hear that nearly 20 percent of Kentucky's children are limited in access to nutritious food, also known as food insecurity. Adults ages 50-59, she said, are the second largest group experiencing food insecurity in the state.

"People say they're surprised to hear who is hungry and why. We tend to have a lot of stereotypes about hunger in Kentucky that just aren't true," she told the committee. To help address the problem, Sandberg said Feeding Kentucky uses funding it receives via the state's 20-year-old master settlement agreement with major tobacco companies and funds received through public and private partnerships to operate the state Farms to Food Banks Program. Since 2011, the program has provided over 30.9 million meals and paid $3.6 million directly to nearly 1,000 Kentucky farmers who have partnered with the program.

That $3.6 million has created a $7.5 million return on investment "as a result of interaction between producers, suppliers and household spending and new income generated for these producers," said Sandberg.

Last year, the average payment to farmers was $1,691, with participation from 349 farmers in 64 Kentucky counties, according to statistics from Feeding Kentucky. "We're really pleased to say this is a program that works," Sandberg told lawmakers. "It's helping (farmers) diversify away from tobacco and into other revenue streams and of course we're pleased that it's helping feed our hungry neighbors."

"Last year, well over half of the people that we supported had never worked with a Kentucky farm before. So what this program is doing is actually opening up a whole new market for our Kentucky farmers," said McDonald, who said the program hopes to return over $320,000 to participating farmers this year.

Farmer Babette Overman testified yesterday before the committee on the benefit of the programs to her family farm, Overman's Bluegrass Fruits and Vegetables in Lancaster. Overman, whose farm has participated in both Farms to Food Banks and K-VIP, said investing in people is her and her husband's goal.

"We did not do this to become rich. We did not do this to become famous, for certainty. But it is our passion to feed people in ways that are the healthiest," said Overman. Tobacco Settlement Agreement Fund Oversight Committee Co-Chair Rep. Myron Dossett, R-Pembroke, asked McDonald how Feeding Kentucky is promoting K-VIP among farmers and agencies that provide summer meals. McDonald said there is required training for K-VIP providers, as well as producer training.

Dossett said he plans to reach out to school officials and others back in his district about K-VIP and its benefits.

"This is (a child's) way of having a meal over the summer," said Dossett, "and it's a great idea for our local producers to be able to play a part in that."