FRANKFORT— Employers in the Kentucky Retirement Systems are projected to contribute between 2.8 percent to 13 percent more of covered payroll for retirement under new actuarial assumptions shared with state lawmakers Tuesday. 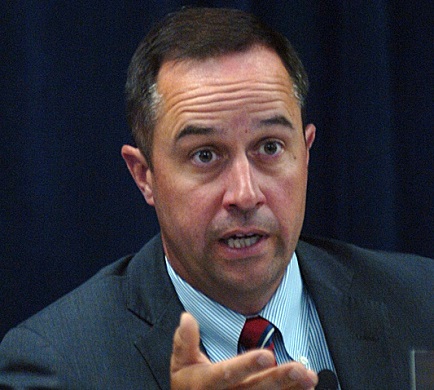 The increases—driven mostly by a two-year bump in life expectancy among KRS retirees and less turnover among some KRS plan members – would to lead to millions of dollars in additional retirement contributions for the KRS plans, KRS Executive Director David Eager told members on the Interim Joint Committee on Appropriations and Revenue.

An expected rise in retiree life expectancy alone is “going to be a higher cost” for several years to come, Eager told lawmakers. He said the KRS mortality assumption changed, in part, because KRS members tend to live longer than the average retiree nationally.

“So, we’re saying rather than someone living 21 years after retirement, they’re going to live 23. That’s a big funding cost to cover that extra two years,” said Eager.

As for turnover, Eager said some systems have had higher turnover and others – specifically the State Police Retirement System and CERS Hazardous – have had “significantly” lower turnover.

“We’re going to be having to pay more money out for benefits because people are staying longer (in those systems),” he said.

Rep. Angie Hatton, D-Whitesburg, commented on the mortality assumptions. She questioned the fiscal toll that a two-year increase in assumed life expectancy would have on local health departments and others.

“Isn’t it irresponsible to do that at the same time as we also make a huge jump in assumption rates?” Hatton said, adding that the changes could overwhelm local agencies. Eager said the adjustment is necessary.

“I’m very empathetic,” he said. “But the solution … is not to cut pensions from what they should be.”

Also questioning the increase in assumed life expectancy among KRS members was Appropriations and Revenue Committee Co-Chair Sen. Christian McDaniel, R-Taylor Mill. McDaniel said GRS Retirement Consulting, the firm that recommended the actuarial assumptions adopted recently by the KRS Board, itself said that assumptions underlying an increase in life expectancy “reflect some degree of subjectivity.”

“It’s my opinion that we are beginning to hit a tipping point with the ability of the Commonwealth’s budget to continue to contribute when, each year, we’re given new sets of assumptions,” said McDaniel.

Life expectancy at age 65 is trending upward, commented Eager. The job of fiduciaries for KRS, he said, is to make the “best estimate of what needs to be funded in the future” with the help of the actuary.

“If the actuary says that the funding should be prescribed at this level, that’s what we need to ask for,” Eager said.

Some positive news, Eager said, is that KRS can lower its contribution rate to 3.05 percent (the current rates for members in the KRS Tier 3 cash balance plan) if employers continue to pay their full actuarially required contribution, or ARC, to the system. Reaching that low rate could happen as soon as 2043, he said.

The actuarial assumptions adopted by the KRS Board were the result of a GRS study completed in June 2018, according to KRS.