Frankfort / Lawmakers asked to look ahead at early childhood funding 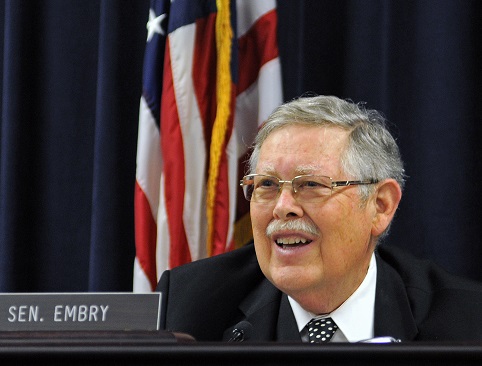 “Our concern is that those are naturally a dwindling source of revenue for the state.  As smoking decreases and the sale of tobacco products decrease, those dollars will also decrease,” Ramsey said. She encouraged the Tobacco Settlement Agreement Fund Oversight Committee and the Kentucky General Assembly to look at ways to continue investment in early childhood programs in future years.

Ramsey expressed concern with data from American Community Survey that shows Kentucky fell to 41st in preschool enrollment of three- and four-year-olds between 2008 and 2018. The state ranked 24th in 2008, per the survey.

She said increased investment across the board can help the state “raise that preschool enrollment number back to the 20s” and encourage better education and workforce outcomes later in life.

“The tobacco settlement dollars are our entire match,” she told the committee. “We use those to leverage a huge amount of annual allocations” ranging from child care subsidies for over 47,000 children last fiscal year to monitoring of more than 2,200 child care facilities, she added.

“We currently cover up to the 40th percentile of centers through the child care subsidy program,” she said. “So at 40 percent of the centers in Kentucky, we can cover up the maximum – the entire amount of tuition. Sixty percent of the centers would have some overage; maybe it’s just $15 and week, maybe it’s $20 a week (the parents would have to pay).”

The 2000 Kentucky General Assembly recognized the importance of early childhood learning when it created KIDS NOW (Kentucky Invests in Developing Success NOW) and dedicated 25 percent of the state’s tobacco settlement dollars to the initiative, said Ramsey. Key priorities in that legislation – including supports for high quality child care and voluntary statewide home visits for first-time parents – among other investments are still important today, she said.

“There’s still much to be done if Kentucky is truly going to be committed to ensuring that each and every one of our youngsters benefit from a high-quality learning environment that positions them for success in kindergarten, throughout their years of schooling, and into the workforce,” said Ramsey.