Sheriff John Root selected as 2019 "Sheriff of the Year"

LONDON, KY (Sept. 13, 2019) - The Laurel County Sheriff's Office is pleased to announce that Sheriff John Root has been named “2019 Sheriff of the Year” by the Kentucky Sheriff's Association. 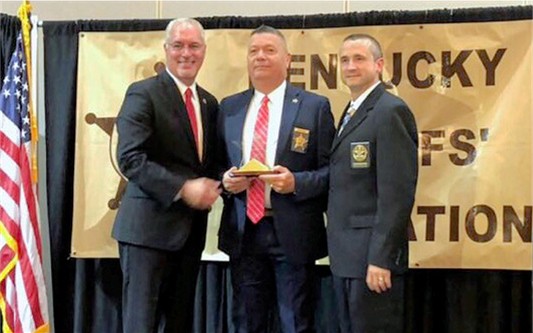 Sheriff Root has 32+ years of service to the Commonwealth with most of his time being served right here in Laurel County. Sheriff Root was elected Sheriff in 2010 and took office in January 2011. 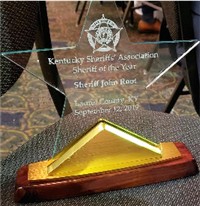 Sheriff Root stated that he is honored to bring this recognition to Laurel county and would like to thank each employee who works for him and thank the residents of Laurel County for allowing him to be in this position to make a difference here locally.

In addition, photos are attached of the swearing in ceremony for the Kentucky Sheriff's Association Board of Directors for the new year. Laurel County Sheriff John Root is pictured 2nd from the left. Also pictured is Sheriff Root’s prestigious award for “Kentucky Sheriff of the year for 2019.”