Turning the Tide on Opioid and Substance Abuse 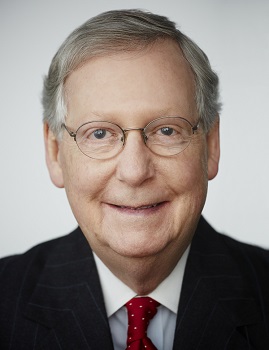 Families in nearly every neighborhood of our country have suffered because of the opioid and substance abuse epidemic. For years, the situation just seemed to get worse as addiction hurt more families. Kentucky has tragically been among the hardest-hit states. Thankfully, however, our years-long efforts are finally producing a glimmer of hope.

Every life saved from an overdose should be celebrated, but there is, of course, much more work to do. The drop in fatalities last year gives us an opportunity to recommit ourselves to do all we can to help combat this crisis.

Our comprehensive strategy harnesses local, state and federal leadership to attack the scourge of addiction from every angle. Together, we are helping protect Kentucky families from the heartbreak caused by substance abuse.

In response to my request, President Trump's Drug Czar Jim Carroll personally called to inform me Boyd County will be included in the Appalachia High Intensity Drug Trafficking Area (HIDTA) program. With this designation, local law enforcement will have increased coordination with federal officials as well as access to resources, equipment and technology. It'll help them play a vital role in the response to this epidemic.

These coordinated efforts make a real difference for the men, women and children who battle substance abuse every single day. Last year, HIDTA program initiatives around the country removed more than $16 billion of drugs from our streets. That's why I've worked with multiple administrations to expand its reach in our state. Today, nearly half of all Kentuckians live in a HIDTA county and benefit from these additional federal resources.

Just as we're at the center of the deadly consequences of substance abuse, Kentucky is also home to leading experts promoting long-term recovery. Earlier this year, I hosted Drug Czar Carroll to see firsthand the innovative solutions we're developing in the Bluegrass State.

As Senate Majority Leader, I've mobilized the federal government to address this urgent crisis with landmark legislation and unprecedented levels of resources, including securing more than $200 million of federal funds delivered to Kentucky.

I frequently contact high-ranking members of the Trump administration in support of Kentuckians' applications for competitive federal grants, offering my assistance in their efforts to bring resources to our Commonwealth.

The University of Kentucky recently received the largest federal grant in its history to continue researching cutting-edge treatment strategies. I was proud to work with President Eli Capilouto and his team to secure $87 million for a large community intervention program across Kentucky. UK's ambitious project will focus on high-risk individuals in 16 Kentucky counties with the goal of reducing opioid overdose deaths by 40 percent in three years.

This summer, I also helped deliver an additional $48 million in federal grants to fight the crisis. By injecting these resources directly into local communities, we're advancing prevention, promoting treatment and boosting law enforcement efforts. If your organization would like to apply for a competitive federal grant, please call my office (502) 582-6304 or visit mcconnell.senate.gov.

President Trump signed into law two bills I authored last year focused on particularly painful aspects of substance abuse. My "CAREER Act" recognized the vital link between steady employment, transitional housing and long-term recovery by encouraging partnerships between treatment professionals and Kentucky job creators. I appreciated working with Congressman Andy Barr, who sponsored this measure in the House. The president also signed my "Protecting Moms and Infants Act" to protect the youngest victims of the addiction crisis.

While each of these achievements is a milestone worth marking, we are far from declaring victory. In fact, many Kentucky communities are now seeing an alarming rise in meth. At all levels, we must work to keep dangerous substances out of our communities and to help those on the road to recovery. As long as I serve in the Senate, I'll continue fighting to help prevent and treat addiction in Kentucky.

Mitch McConnell, a Kentucky Republican, is the Senate Majority Leader. He introduced the "Comprehensive Addiction Recovery through Effective Employment and Reentry (CAREER) Act and the "Protecting Moms and Infants Act," both of which President Trump signed into law last year.