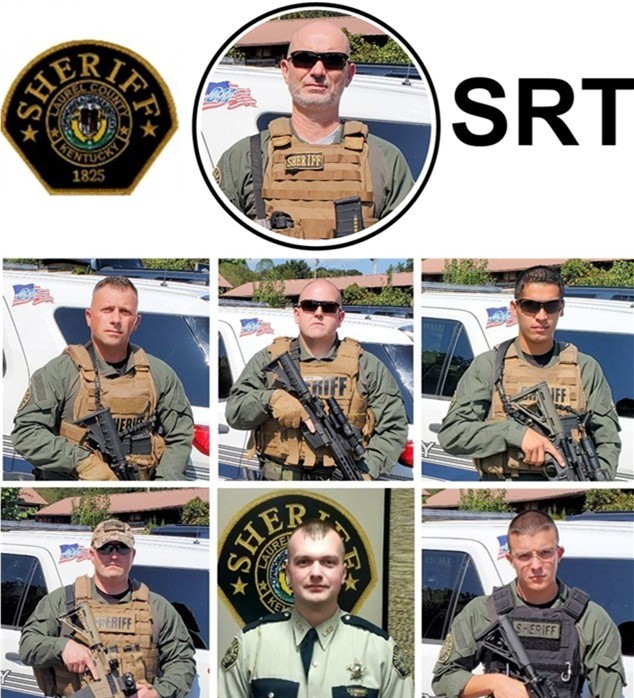 SRT members are trained and skilled in the use of special weapons and tactics that are designed to reduce the risk of injury or death to law enforcement officers or innocent civilians, apprehend criminal suspects, and bring about the safest resolution to any situation. The Special Response Team is employed for a variety of situations such as: Barricaded Subjects, Hostage Situations, and the execution of High Risk Warrants.

The SRT has been training together since March and received training in firearms, less-lethal munitions, and close quarter tactics. In July members attended a 2 week Basic SWAT class put on by the Kentucky Tactical Officer’s Association (KTOA). Several members also attended instructor level classes at the 2019 KTOA Conference. The team continues to conduct weekly training sessions as they work to refine these skills.

The formation of this team would not have been possible without the assistance and support of the Kentucky State Police SRT, Louisville Metro Police Dept. SRT, Kenton County Regional SWAT and Nicholasville PD SWAT all of whom have provided advice and assistance in the process especially through the Kentucky Tactical Officer’s Association.

Laurel County Sheriff's office would also like to thank Bobby Day, Dan Smoot, and the staff of Center Target Firearms and Range, Brian Robertson and  Hawk Creek Armory, and NORSE Tactical for their indispensable assistance with equipment and training.

Laurel County Sheriff John Root stated that the Special Response Team will always maintain the highest proficiency in all of the aspects of tactical deployment and seek to bring each crisis to the safest resolution.