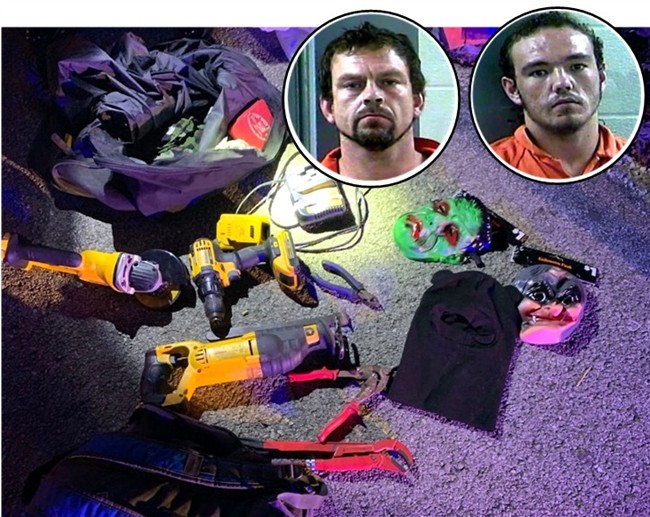 The arrests occurred off North Laurel Rd.(U.S. 25) near London after deputies responded to a possible burglary in progress at a business there.

Deputies learned that apparently recently this individual had items stolen from his business.

The owner of the business advised he had spotted two individuals on bicycles near his business pulling a small trailer and emerging from behind his business.

In addition, this subject was charged on a Laurel District Court bench warrant of arrest charging: