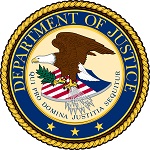 The investigation was conducted by the Drug Enforcement Administration and the Kentucky State Police. The U.S. Attorney’s Office was represented by Assistant U.S. Attorney Jason D. Parman.

A sentencing date has not yet been set. He faces up to 20 years in prison and a maximum fine of $1 million. However, any sentence will be imposed by the Court after its consideration of the U.S. Sentencing Guidelines and the federal sentencing statutes.