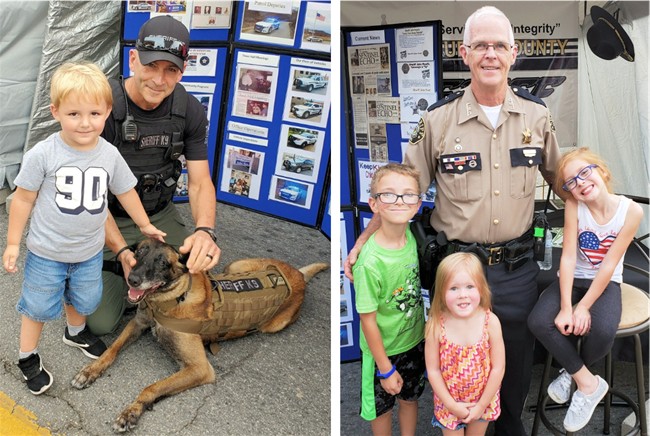 If anyone has any questions, comments,or tips they would like to provide concerning any illegal activity in Laurel County including drug tips – citizens may leave this information with on-duty personnel at the booth.

Also assisting in the downtown area is Ambulance Inc. of Laurel County.

Photos attached are of area children who have visited the Laurel County Sheriff's office "information and safety" booth at the chicken festival.