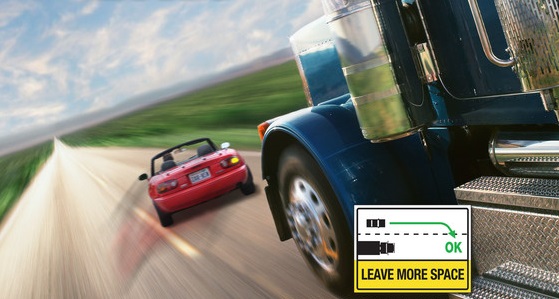 The Ticketing Aggressive Cars and Trucks campaign, (TACT) began October 1, 2019 and focuses on violations by motorists (both passenger car and commercial vehicle) who exhibit aggressive behaviors such as improper lanes changes, speeding, following too closely, not leaving enough space to pass and failure to yield the right-of-way.

Commercial Vehicle Enforcement Division Director, Major Nathan Day, said the TACT campaign is designed not only to enforce, but to educate the motoring public.

"Crashes between commercial vehicles and passenger cars often result in serious or fatal injuries," says Day. "Along with high visibility enforcement, we will use media outreach to educate drivers, including radio, digital and social media messaging."

The targeted corridors for this enforcement blitz include Henderson Co., US-41; Hardin Co., I-65; Kenton Co., I-75; Laurel Co., I-75; and Floyd Co., US-23. These areas were identified through KYOPS (Ky. Open Portal Solution) crash data and indicated the highest number of reported crashes over a two-year period.

"It's not about writing tickets," adds Day. "It's about saving lives and at the end of the day, we want everyone to make it home safely."