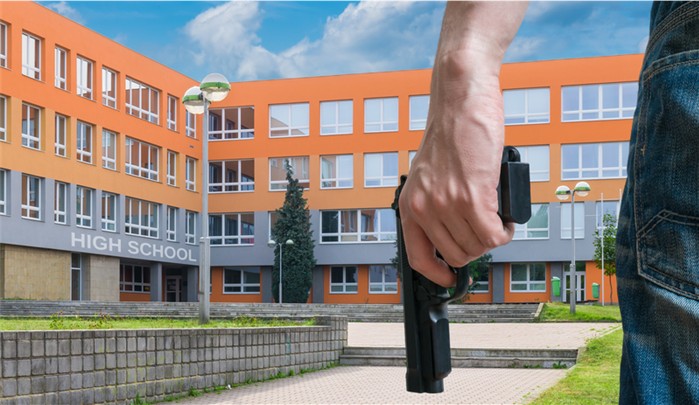 FRANKFORT, KY—Armed school resource officers would be required on public school campuses statewide under a Senate bill that received final passage Friday in the Kentucky House.

Senate Bill 8, which passed the Senate 34-1 last week, received final passage on a 78-8 House vote. It now goes to the governor to be signed into law.

Supporters of the legislation, sponsored by Sen. Max Wise, R-Campbellsville, expect the bill to improve school safety by requiring at least one trained, sworn law enforcement officer at each public school campus in the state. Currently just over half of Kentucky’s counties have SROs, according to the Kentucky Center for School Safety.

School districts and other state agencies could work with local and state law enforcement agencies to hire and assign the SROs as “funds and qualified personnel become available,” according to the bill.

SB 8 also includes a mental health component that sets a goal of requiring each public school district or public charter school to have at least one school counselor or school-based mental health provider for every 250 students beginning July 1, 2021, dependent on available funds and personnel.

The bill was presented for a vote in the House by Rep. C. Ed Massey, R-Hebron, who told his colleagues that the purpose of SB 8 “is to increase safety within our schools.”

House Minority Leader Joni L. Jenkins, D-Shively, was among those voting against the bill. She questioned the need for the legislation and its cost to school districts.

“Districts that want to do this can do this” already, Jenkins said, adding she knows of school districts with large at-risk student populations where SROs have made a difference in student lives. Jenkins’ primary opposition to the bill, she said, is to what she called “unfunded mandates” in SB 8.

Massey said funding for SROs in his district is covered through local partnerships. Federal, or other government funding, is also a potential revenue source, he said.

“So there is a multitude of avenues (available),” said Massey.

Also speaking in support of SB 8 was Rep. John Blanton, R-Salyersville, and a retired Major in the Kentucky State Police. Blanton said SROs are trained to prevent school violence, or stop it should it arise.

“Shootings take place in a matter of seconds to very few minutes,” Blanton said. “When you’re waiting on reactionary response from someone outside the properties…the damage is already going to be done.”