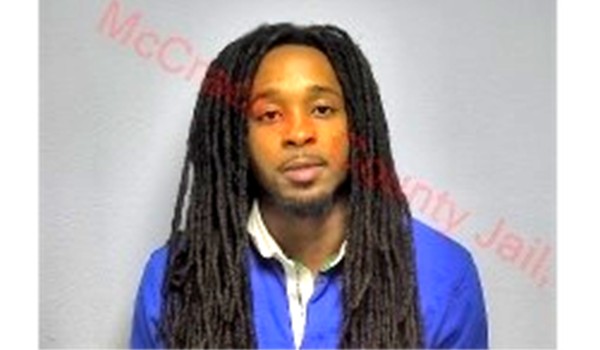 GRAND RIVERS, KY.  – Monday evening May 11, 2020, a Kentucky State Police Trooper observed a silver 2020 Nissan Altima traveling eastbound at the 31 mile marker on Interstate 24 in Livingston County at a high rate of speed. Trooper James Stewart attempted to conduct a traffic stop on the vehicle, but the vehicle accelerated away from Trooper Stewart and began to swerve in an out of traffic.

Trooper Stewart pursued the vehicle through Lyon County where he observed the operator toss a suspected handgun from the driver’s side window, which was later recovered. The vehicle exited at the 56 mile marker and turned back onto Interstate 24, heading westbound.

Other Troopers and Lyon County Deputies joined the pursuit. The vehicle traveled through Livingston County, Marshall County, and into McCracken County. Near the 11 mile marker, McCracken County Sheriff’s Deputies successfully used a tire deflation device to slow the vehicle but it continued to travel westbound. Troopers attempted to end the pursuit, but the operator began swerving toward a Trooper, ultimately striking the Trooper’s cruiser.

A Trooper then performed a pit maneuver and successfully stopped the fleeing vehicle near the 9 mile marker. After a short struggle, the operator, Michael E. Green, 23 of Mounds, Illinois, was arrested.

Michael E. Green was charged with:

Green was lodged in the McCracken County Regional Jail.