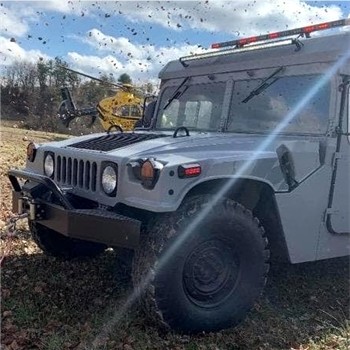 UPDATE: LPD is reporting that: The vehicle has been located - No other details were given.

The vehicle is equipped with emergency lights, siren, off-road lights, and a mobile radio owned by the London - Laurel Rescue Squad. A Rescue Squad logo is printed on the side.

The Humvee was stolen at approximately 2:00 a.m. Tuesday morning, Oct. 20th from Main Street where it was parked in front of the Rescue Squad as an advertisement for their Haunted House.

Through investigation, officers determined the vehicle was driven to Economy Inn on North Main Street and driven by a male subject wearing dark clothing. Police are seeking information about the location of the vehicle that may be in the Rockcastle County area.

The vehicle was last seen traveling on North U.S. 25 at a high rate of speed.