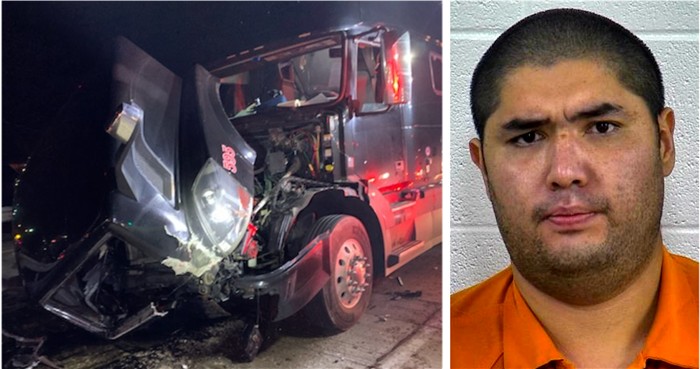 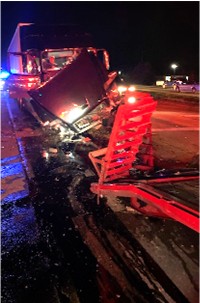 The arrest occurred on West Cumberland Gap Parkway at the intersection of American Greeting Card Road approximately 10 miles South of London while Sgt. Mehler was investigating an injury traffic crash there involving a tractor-trailer driven by this individual and a second vehicle, a pickup with a fifth wheel trailer.

Sgt. Mehler reported that the tractor-trailer had hit the gooseneck fifth wheel trailer pushing it inside the cab of the truck.

During the investigation Sgt. Mehler detected the odor of alcoholic beverages emitting from the driver of the tractor-trailer and conducted an investigation determining that he was under the influence.