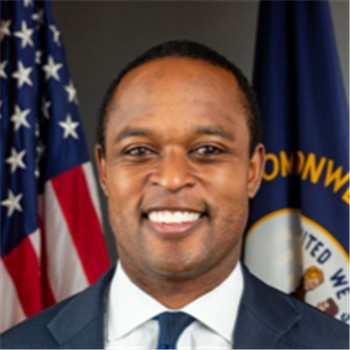 FRANKFORT, Ky. (December 17, 2020) – Attorney General Daniel Cameron today marked the one-year anniversary of taking the oath of office as Kentucky’s 51st Attorney General. In a historic ceremony last December, Cameron was sworn in as the first African-American Attorney General in the Commonwealth and the first independently elected to statewide office in Kentucky’s history.

At his inauguration, Attorney General Cameron committed to renewing the credibility of the Attorney General’s Office by upholding the rule of law and defending Kentucky’s laws, acting as a voice for the voiceless, and improving the public safety outcomes for all Kentuckians.  One year later, he, together with the men and women who serve in the Office of the Attorney General, have made significant strides toward these goals.

“As I look back on my first year as Attorney General, I remain grateful to Kentuckians for the opportunity to serve in this capacity and work each day on their behalf to address both long-standing and new public safety challenges,” said Attorney General Cameron.  “While no one could have anticipated the changes brought about by the COVID-19 pandemic, our team has risen to the challenge to make sure that we’re rapidly responding to the changing environment while also delivering on our core mission as the chief law officer for the Commonwealth.  This has meant a sustained commitment to tackling public safety challenges like child abuse and human trafficking, while also doubling our efforts to address consumer protection matters such as price gouging and scams and leading the fight to protect the constitutional rights of all citizens.  As we enter the new year, I look forward to continuing to work diligently every day on behalf of Kentuckians.”

The Criminal Division worked to decrease instances of child abuse and human trafficking, support prosecutors across the Commonwealth, advocate for crime victims, and prosecute Medicaid Fraud and Abuse.  During the last year, the Division: