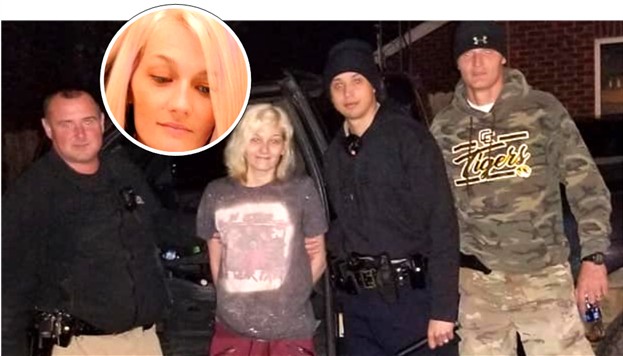 Ashley B. Lewis was wanted for "Complicity to Commit Murder", regarding an incident that happened in Laurel County where a Manchester man was fatally shot on Sunday afternoon December 20, 2020 at approximately 2:00 PM.

The arrest occurred after Sheriff Robinson received a tip that the above mentioned subject was at a residence off of Cool Springs Road.

Upon arrival, Sheriff Robinson and Deputies surrounded the residence and located the above mentioned subject attempting to hide in a bedroom.

The above mentioned subject was placed under arrest without incident.

The Clay County Sheriff's Office did not realease any information as to where Lewis was lodged or what charge(s) she is actually facing. At the time of the publishing of this article, neither the  Clay County Dentention Center or the Laruel County Correctional Center are showing any information regarding Ashley B. Lewis. (she could be lodged elsewhere or possibly is still being interrogated by police).

Inset photo of the accused provided by the Laurel County Sheriff's office.