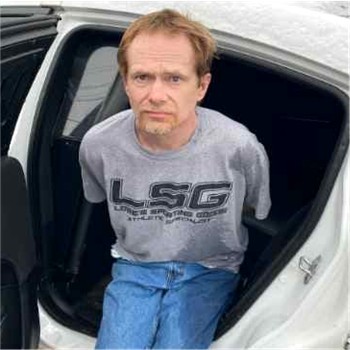 When Deputy Turner arrived at the residence he overheard an individual fleeing out the back door of the residence and following a foot chase and brief scuffle the suspect was taken into custody.

The suspect stated during the investigation that he in fact had broken into several vehicles recently there in the area.

Timothy Paul Combs was charged with:

Photo of accused attached provided by arresting deputies as the suspect was being processed at the Laurel County Sheriff's office in London.