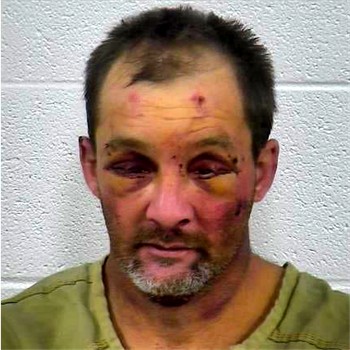 The arrest occurred at a residence off Locust Grove Road, approximately 5 miles southwest of London after deputies were dispatched to a burglary complaint there.

The complainant advised that her ex-boyfriend had kicked in her garage door and made entry into her residence.

Deputies sought medical treatment for the suspect and following release from the hospital on Wednesday, January 12, 2022, this individual was lodged in jail.

In addition, deputies learned there was an active and served EPO in place.

Nathan Moore was charged with:

This individual is lodged in the Laurel County Correctional Center.