Senate Bill calls on Gov. Beshear to replace KSU Board Members, the Kentucky State University serves as the only Public, Historically Black University in the Commonwealth 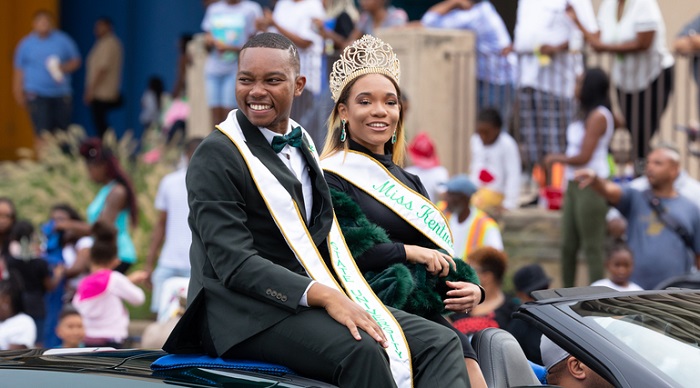 FRANKFORT, KY (March 8, 2022) — Legislation that calls on Gov. Andy Beshear to replace the members of the Kentucky State University Board of Regents received approval Monday from the Senate Education Committee.

Committee members voted 13-0 for Senate Bill 265, which declares that the current board of regents is no longer functioning according to its statutory mandate. It would require the governor to name eight nominees for the board by April 1.

All appointees are subject to confirmation by the Senate, and lawmakers are seeking to complete the confirmation process before the legislature adjourns for the year on April 14.

The bill’s primary sponsor, Senate President Pro Tem David P. Givens, R-Greensburg, said he is willing to do whatever he can to support KSU, but that failure to make improvements after a period of time would result in closure.

“Failure to move by this General Assembly on this matter constitutes closure of KSU,” Givens said “So we have a choice to either move – and move this institution forward – or do nothing and this institution closes. And I’m not going to be willing for us to do nothing.”

He explained that significant change is needed at the university, including cultural change, financial investment and reorganization of the institution. With a combination of those efforts, he predicted that KSU would shine.

“I think it will be the beacon on the hill that it can be for all of us in that postsecondary landscape,” he said. “My prognostication, if I’m looking forward, is we are going to be bragging and talking about KSU in three to four years.”

Indianapolis, IN - (September 28, 2019): Members of the Thorobred Marching Band from the Kentucky State University performing at the Circle City Classic Parade. (Photo by Roberto Galan)

Founded in 1886, KSU serves as the only public, historically Black university in Kentucky. However, it has faced severe financial challenges, and in July, Beshear directed the Kentucky Council on Postsecondary Education (CPE) to complete a financial review.

If passed into law, SB 265 would call on the Postsecondary Education Nominating Committee to submit 16 nominations to the governor by March 26. Of those, the governor would then select eight names to forward to the Senate for confirmation. Current board members may be considered.

Monday’s committee hearing spurred nearly an hour of discussion about KSU’s role and the decisions that contributed to its financial condition.

Sen. Gerald A. Neal, D-Louisville, argued that the university has produced many successful graduates and distinguished programs over the years despite deficient funding from the state.

Neal added that "year after year, decade after decade, since slavery and its institutional beginning, this General Assembly institutionally has not stepped up to the plate. And I can give you rhyme and verse.”

Senate Minority Caucus Chair Reginald Thomas, D-Lexington, was also critical of past funding for KSU, but said closure is not an option.

“Kentucky State University must succeed,” he said. “It must succeed, and I think given the right amount of resources and the dedication of this legislature, it can do that. It can thrive.”

Another bill related to KSU, House Bill 250, would provide $23 million to KSU to help the university meet its financial obligations for this fiscal year. The measure would also direct the CPE to create and oversee a management improvement plan and a loan repayment plan for KSU.

Givens said he expects lawmakers to take that bill up in the next 10 days. However, he explained that realigning the board is necessary to give lawmakers confidence that the appropriation makes sense, and he predicted some hard work ahead in fostering institutional change.

“(SB 265) is the first step, it’s not the last step,” he said. “We’ll be back to revisit this institution again with further legislation this session, and I look forward to working with you so we can all get it right.”