State Budget Moves Forward in Frankfort, Kentucky as Lawmakers look to the Final Weeks of the Session at the State Capitol 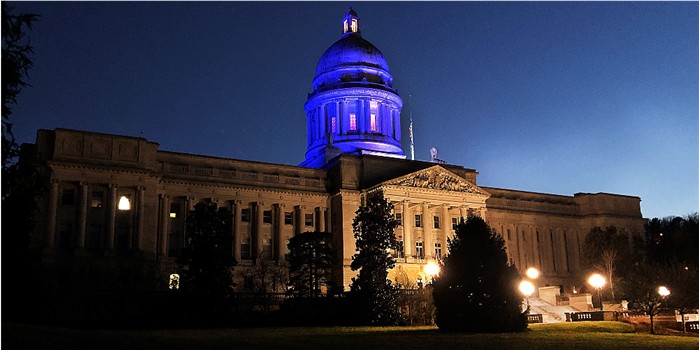 FRANKFORT, KY (March 11, 2022) — One of the most important bills of 2022 – the state’s biennial budget – was on the move this week, and lawmakers have 12 days to hammer out a compromise if they want to pass a spending plan before breaking for the veto recess.

The latest version of the budget bill advanced off the Senate floor on Wednesday after clearing a committee vote earlier in the day. Thanks to historic levels of revenue, House Bill 1 would allocate more than $105 billion toward operating and capital costs in the executive branch over the next two fiscal years.

The House passed its version of the bill in January, and while the two chambers share many goals in areas like education, public safety, tourism and infrastructure, key differences remain.

If the House does not concur with the Senate changes, lawmakers will need to meet in conference committee to negotiate a final accord. However, Friday was day 46 of the 60-day legislative session, and deadlines are drawing closer.

Both chambers are scheduled to gavel out on March 30 for the start of the 10-day veto recess, and lawmakers are looking to pass a final budget before then. That will give them plenty of time to override any gubernatorial vetoes when they reconvene on April 13 and 14 for the final days of the session.

While the budget attracted much of the focus this week, lawmakers were working into the night on several other key issues, and dozens of bills continued to advance. Those include bills related to abortion, college athletes, vaccinations, religious objections and firearms, among others.

Here are some of the measures moving forward this week:

KSU board: Senate Bill 265 calls on the governor to replace members of the Kentucky State University Board of Regents. The bill cleared the Senate floor on Tuesday, and appointees will be subject to Senate confirmation.

College athletes: Senate Bill 6 would provide a framework in state law for college athletes to generate personal income off their name, image and likeness, known as NIL. The bill was signed into law on Wednesday.

COVID-19: Senate Joint Resolution 150 would immediately end the COVID-19 declaration of emergency in Kentucky. The measure received approval from the Senate last month and cleared the House floor on Thursday. It now heads to the governor’s desk.

Workplace immunizations: Senate Bill 93 would grant religious exceptions against immunizations if a workplace requires employees to be immunized against disease. It would also allow exemptions based on the written opinion of a health care provider. The bill cleared the Senate Judiciary Committee on Thursday.

Immunization status: House Bill 28 would prevent local governments and public universities from requiring employees or students from disclosing their COVID-19 immunization status. It would also prevent COVID-19 vaccine passports and allow parents of public school children to opt their children out of COVID-19 vaccine requirements. It received approval on the House floor Thursday.

Abortion: With some exceptions, Senate Bill 321 would prohibit abortions at 15 weeks of gestation. It would also redefine the term “pain-capable unborn child” in state law. The bill cleared the Senate Judiciary Committee on Thursday.

Child abuse: House Bill 263, known as Kami’s Law, would make criminal abuse against a victim under 12 years of age a Class B felony. HB 263 received approval Thursday from the Senate Judiciary Committee.

Incest: Senate Bill 38 classifies incest as a violent offense. It also ensures that individuals guilty of incest complete at least 80% of their prison sentence. The bill was signed into law on Thursday.

Lawmakers are scheduled to return for day 47 on Monday, and Kentuckians have many ways to keep in touch with the action.

The Legislative Record webpage allows users to review and track a bill’s progression through the chambers.

Citizens can also share their views on issues with lawmakers by calling the General Assembly’s toll-free message line at 1-800-372-7181.