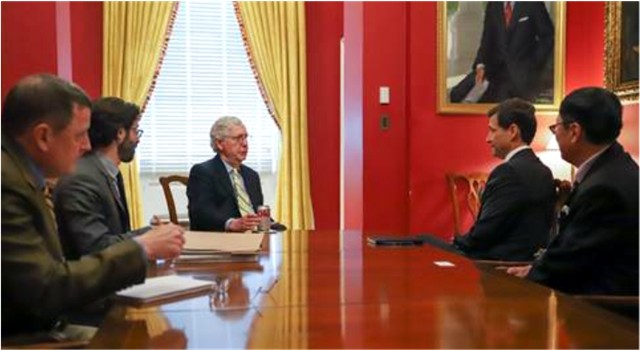 “I appreciated the opportunity to meet with Ambassador Vajda and discuss the United States’ support for the people of Burma. Since last year’s military coup, the Tatmadaw has taken increasingly violent measures to suppress dissent. They continue to detain thousands of political prisoners, including my friend Aung San Suu Kyi and the Australian economist Sean Turnell.

“I was proud to include language in the most recent National Defense Authorization Act that will help lay the groundwork to push back against the junta’s repression, support democratic actors like the National Unity Government and National Unity Consultative Council, and provide humanitarian support that bypasses the Tatmadaw. The Ambassador and I discussed ways the United States and our partners in the region can build on these efforts moving forward.

“The people of Burma deserve our full support in their long struggle toward self-government and democracy. Along with Kentucky’s vibrant communities from Burma, I will continue to fight for that goal.”