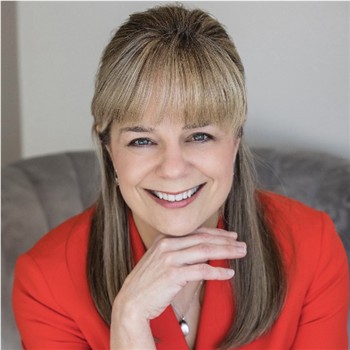 Ehly had already paid a Court-ordered $21,700 to cover counting costs, which included $5,000 for snacks and incidentals. None of the 6,139 votes in her race have been touched, but she will not get a full refund according to the most recent court order.

On Louisville's Wave3 News, Kentucky Secretary of State Michael Adams said that if candidates "ponied up the money" to cover costs, he would not stand in the way of the counts. Candidate, Bridgette Ehly said that, "initially, the State Board of Elections claimed to be agnostic as to the costs for counts, then they started pushing for candidates to pay outrageous amounts, including breakfast, lunch, dinner, and snacks, to have the ballots counted. Now, Adams is sending state attorneys around Kentucky filing motions to dismiss in order to crush the candidate's cases. It turns out that "ponying up the money" does not accomplish anything."

According to the candidates, Adams has been making outrageous accusations against Republican primary candidates who want to pay out of their pockets for a hand count of the paper ballots in their respective races. Adams says the candidates "want to watch the world burn" and "take a crowbar to these machines and tear them up." Adams' behavior has many scratching their heads and wondering why all the dramatics? If the digital counting machines are safe and accurate, why fight so hard against verifying the results with a hand count?

Jacob Clark, candidate for State Representative in Grayson and Hardin Counties, is raising money for his bond. He has been closely following recounts in Georgia, and says Democrats should also be concerned. Programming errors have switched outcomes of races to the tune of thousands of votes difference.

In David versus Goliath fashion, LaRue County candidate Courtney Gilbert represents herself in a bitter battle that began when her Judge set her bond without notification or allowing her to be present for the hearing. Undaunted, Gilbert is taking her case to the Kentucky Court of Appeals.

Gerardo Serrano, candidate for the 5th Congressional District in eastern Kentucky, didn't even get a cost assessed in his case. Weeks after a lengthy hearing discussing costs, a late-hour motion was made and the Judge dismissed the case without comment. Serrano, who has had previous experience in the U.S. Supreme Court, stated he intends to appeal the decision. “If the Secretary of State wants to waste taxpayer money to fight me, that's on him,” Serrano said.

Jessica Neal, State Senate candidate in Northern Kentucky, is waiting for her bond—yet living under the threat of a motion to dismiss. State Board of Elections Attorney Taylor Brown falsely accused Neal of attempting to "disenfranchise" Kentucky voters. Another candidate in Neal’s district has already seen an election overturned by court order over 106+ fraudulent votes. Neal is 307 votes shy of winning out of over 10,000 ballots.

The candidates wonder why is Adams and his Board of Elections fighting so hard to keep these ballots locked away? Adams says the candidates want to "undermine our democracy." In an unhinged, on-camera rant to Wave3, Adams threw out more than a dozen unfounded accusations. These include: "I'm also trying to protect the election machines from being hacked by these Cyber Ninjas.” "These are all anti government people. They're not mainstream Republican candidates." "These people are conspiracy theorists. These people have attacked vaccines on their social media in the past. Now they're attacking the courts. They're attacking me.”

"These are not competitive candidates. These are not candidates who were persuasive and competent on the trail when they were running and shouldn't be able to misuse this process."

"If we had hand counts, which we used to have back in the 1930s, we would have mass fraud." Adams says he will direct allies in the legislature to pass a bill that only allows candidates who lose by one percent or less to qualify for a recount.

If the machines are inaccurate, qualifications for a hand count based on machines would be pointless.

Follow each of the candidates on social media for updates on their individual cases.