BEL AIR, MD – The Maryland State Police is reporting the arrest of a registered sex offender Tuesday on charges he solicited sex from an undercover trooper who was posing as a child over a smartphone app in Harford County. 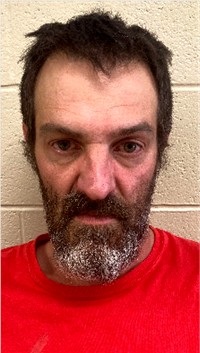 Scott Dye, 43 (right), of Elkton, Maryland, is charged with:

He was taken to the Harford County County Detention Center for processing.

Picture is the booking photo of the accused.

According to a preliminary investigation, on Friday, October 7, 2022 a trooper with the Maryland State Police Computer Crimes Unit was informed by an allied law enforcement agency that Dye was engaging in an inappropriate text chat with who he believed was an underage female.

Dye then engaged in another inappropriate conversation with the trooper, who was posing as a 15-year-old female.

The suspect suggested meeting with whom he thought was the minor in Bel Air, Maryland. According to a preliminary investigation, Dye arrived at that location and troopers arrested him at the scene.