Suspect of Multiple Burglaries Attempts to Run Over Deputies During High-Speed Pursuit Before Being Captured in Polk County, Florida

Polk County, FL (October 25, 2022) - Sheriff Grady Judd is reporting that an Orlando man who has been to prison four times and was suspected of numerous burglaries recently in six Florida counties was arrested by the Polk County Sheriff’s Office (PCSO) earlier this month on Friday, October 7, 2022…but not before he tried to hit two deputies with his vehicle. 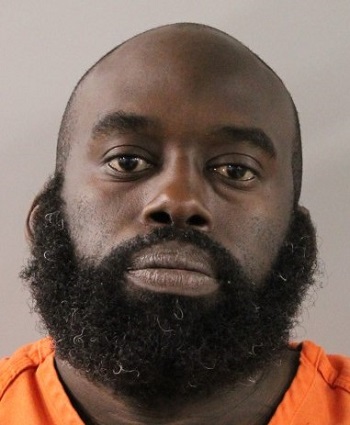 Carl Dunlap (37, pictured above) was charged by the PCSO with eleven felonies and four misdemeanors to an already lengthy criminal history that included 40 previous felony charges and 22 misdemeanor charges.

On September 4, 2022, a burglary occurred at the Marathon convenience store at 6000 State Road 557 in Lake Alfred, in which cash and cigarettes were stolen. Security video showed the suspect fled in a black sedan.

On September 23, 2022, a burglary occurred at the Quik Mart at 4646 North Combee Road in Lakeland. Cigarettes and cash were stolen.

Based on clothing and methods used, detectives assigned to the cases believed that the same suspect was responsible for not only these two crimes, but possibly similar burglaries and thefts that occurred in Highlands County, Lake County, Sumter County, Volusia County, and Orange County.

Carl Dunlap was identified as the suspect in the two Polk County burglaries.
On Friday, October 7th, the Dunlap was spotted driving the gray 2020 Chevrolet Malibu in the Lake Alfred area.

At about 7:51 a.m., a traffic stop was attempted at Osceola-Polk Line Road and Lake Wilson Road, in Davenport. The suspect stopped the vehicle but sped away as deputies approached.

At two different intersections on Polk City Road, deputies attempted to stop the suspect’s vehicle by deploying stop-sticks from the side of the road, and both times, Dunlap intentionally attempted to strike the deputies with the Malibu. Both deputies were able to jump out of the way.

A deputy was able to stop the Malibu by using the Precision Immobilization Technique (PIT), wedging the car against a concrete barrier at State Road 557 and I-4.
Dunlap was removed from the car and arrested.

A female passenger in Dunlap’s vehicle told detectives that while he was fleeing from deputies, she repeatedly told him to stop the car and let her out. Dunlap refused to let her out and at one point she put the car into neutral and he struck her hand.

Dunlap admitted to detectives that he was involved with thefts of cigarettes but refused to be specific.

“The investigation into this trend of burglaries across various counties in this region continues, but it appears that the arrest of Carl Dunlap could bring this crime spree to an end. Our detectives did an outstanding job on this case, and this should put a prolific criminal back behind bars where he belongs for a very long time.”- Grady Judd, Sheriff.

Carl Dunlap was transported to the Polk County Jail and charged with the following: