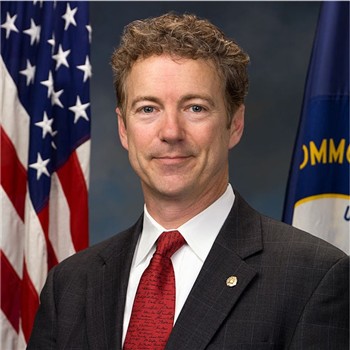 It’s April. For some, that connotes warm memories of spring rain and Easter Sunday. For others, it regrettably means one thing: taxes. This month, many families across Kentucky will begrudgingly gather around the dinner table, pore over documents, and file taxes for the previous year. Then, later that day, they will review their budgets and plan for the next year.

Like the family in April, Congress also crafts a budget, but instead of trying to stretch a paycheck as far as possible, politicians decide how they should spend other people’s money. Included in those negotiations, they also appropriate taxpayer dollars to their own office operation budgets.

I have always been uncomfortable with that prospect – spending your hard-earned money. I ran for office to protect your income, not take it.

Therefore, as a part of my continued effort to keep more money in taxpayer pockets, I am happy to announce that I am once again returning saved funds from my office budget to the Treasury, totaling $5.7 million saved during my tenure. The one budget I completely control is my office, and each year I have sent hundreds of thousands of dollars back to the Treasury.

I do this because I sympathize with that family on Tax Day. It makes no sense for the federal government to budget well outside its means when the average family would go broke doing the same. This past year, the government raised around $4.05 trillion in tax revenue while spending an astounding $6.82 trillion – nearly three trillion extra dollars printed out of thin air.

To comprehend the vastness of our government’s deficit, I think in terms of that family drafting a yearly budget. In Kentucky, the average family income is $56,525. Imagine, if they budgeted for the same deficit as our federal government, their proportional yearly expenses would equal $95,185. It’s an unfathomable comparison, only enabled by our government’s limitless money printer. No person could bear that much debt, and neither can the government.

Last month, we saw this process realized in the massive $1.5 trillion spending bill. Included was a parity between defense and non-defense spending. Washington Republicans extolled their behind-the-scenes bargaining ability, declaring it a major legislative victory. While I support a robust military, deal-making can hurt our national security by increasing debt borrowed from China.

When the federal government continually compromises towards a bloated budget, it begs the question, that are the ramifications of so much debt?

I am reminded of Martin County, where residents have told me their sewer and water systems still need updating. If the rest of the federal government followed my lead, taxpayer dollars would remain in the communities where local projects need them most instead of being filtered through politicians in Washington.

What about the similar needs in Clay County? If politicians practiced the conservatism they professed, the saved funds could go towards their aging infrastructure.

Taming the out-of-control spending problem may seem daunting, but if each Senator budgeted less for their offices, it would be a step in the right direction. Undeniably, cutting the yearly budget is no easy task, but I have an incredible staff supporting me. They do more with less and remain among the most active offices in the Senate.

This past year, my state office fielded over 18,600 calls and completed over 1,600 individual cases, ranging from securing social security benefits for Veterans to coordinating tornado disaster relief assistance in Mayfield. In Washington, my team has fulfilled Kentucky’s demands by introducing 37 bills this Congress and delivering big wins on defending life, holding Dr. Fauci accountable for gain-of-function research, and pushing back on Biden’s unconstitutional Travel Mask Mandate. Their hard work is instrumental in my commitment to fiscal responsibility.

As the adage from Milton Friedman goes, nobody spends someone else’s money as carefully as he spends his own. It stands for people and governments alike. In the spirit of Friedman, I try to be a good steward of taxpayer money in all affairs. That includes treating each dollar as my own, whether regularly voting against trillion-dollar omnibus bills or practicing sound money management in my personal office.

From my first day serving Kentucky until my last, I pledge to uphold my promise, as few ever do, and fight for fiscal sanity in our federal government.