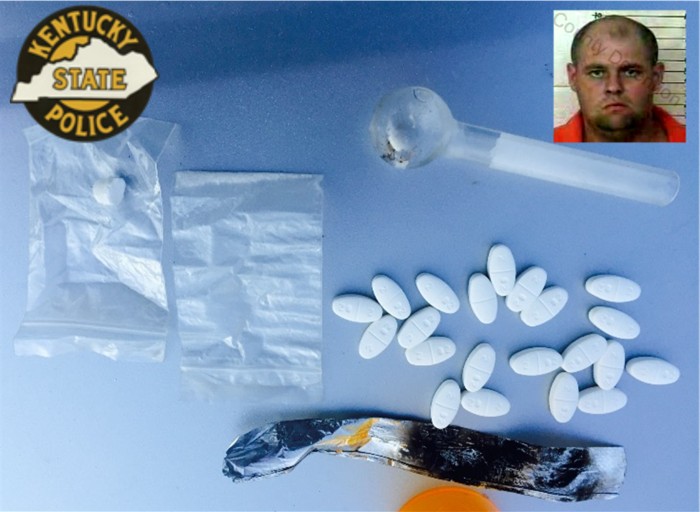 The operator of the vehicle, Algin Cain, 33, of Artemus, failed to have a seat belt on, no registration plates and failed to stop at a stop sign.

Mr. Cain was arrested and lodged in the Knox County Detention Center. Cain was charged with the following charges:

2.    Two counts of possession of a controlled substance

3.    Two counts of prescription not in proper container

5.    Operating on a suspended license

Also Mr. Cain had an active warrant for failure to appear that Tpr. Faris served on him as well.

Investigation is continuing by Tpr. Faris.