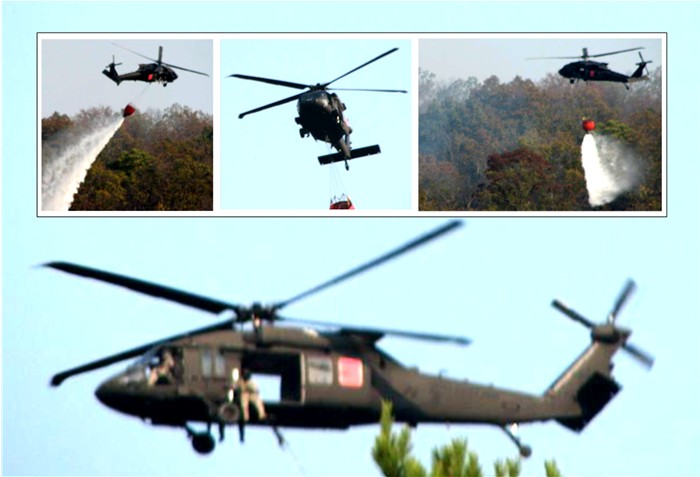 Photos from a wildfire scene in Clay County

The Little Shepherd Trail (Hwy.1679) in Harlan County continues to be closed to traffic, except for emergency vehicles, from Swap (2927 Highway 1679) to the entrance of the Kingdom Come State Park and will remain so until the wildfire threat has passed.

The Kentucky Fire Commission on Monday sent an additional 50 firefighters (five teams of 10 persons each) to relieve the existing five teams in the field that have been fighting the fires since last Friday.

The Counties of Harlan and Letcher, and the city of Fleming-Neon in Letcher County have declared states of emergencies.

The American Red Cross has five shelters on standby in Harlan County at the Harlan Baptist Church, in Bell County at 4 Mile Fire Station, in Knox County at the First Baptist Church in Barbourville, in Pike County at Pike Methodist Church and in Letcher County at Blackey Senior Citizen Center. Since the wildfires, ARC continues to feed the KY Fire Commission and volunteer firefighters who are in the deployment areas.

When posting to social media regarding the wildfires, please use #KyWildfires.