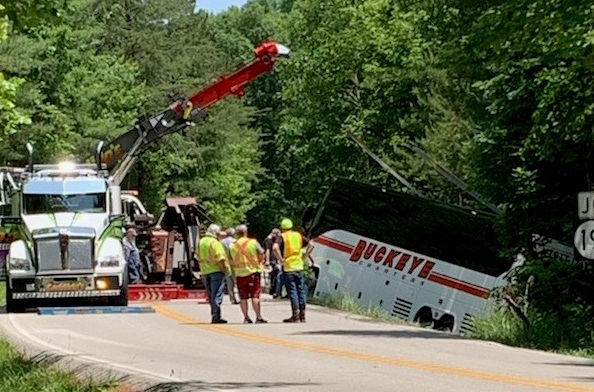 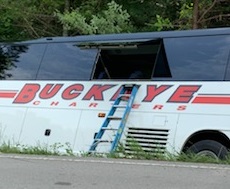 The investigators report that apparently a motor coach charter bus occupied by a driver and 21 persons most of which were juveniles were on board the bus when the driver apparently misjudged his turn as he pulled out of a camping site and the bus partially overturned in the ditch there.

Deputies report that a ladder had to be used and a window popped out to evacuate occupants from the bus.

A total of eight persons were transported reportedly with minor injuries to St. Joseph Hospital London for treatment.

Assisting at the scene of the crash was: