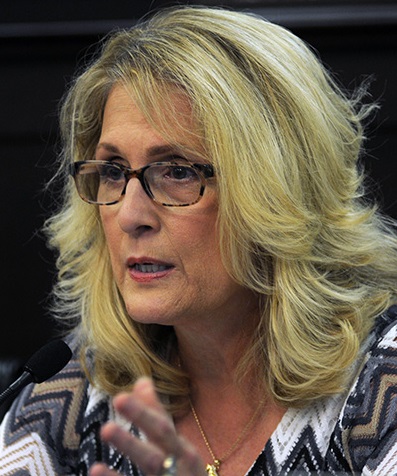 The 1987 data – provided by the United States Department of Agriculture to help Kentucky and other states enact federally-required child support guidelines—gauged what it took to raise children at different income levels over three decades ago in an "intact" family, or a nuclear family in which both parents live in the home. Many families today are single-parent families.

"Of course, (a nuclear family) is not what we're dealing with anyway, so there's a certain suspension of disbelief that you have to have with the guidelines to begin with," she said.
There have been numerous attempts to adjust the child support guidelines amounts and update other provisions over the past several years, with federal funding on the line under the 1988 Family Support Act, a 31-year old federal law that Masterton said requires states to pass guidelines that are presumed to award "correct" child support amounts. States that failed to follow the law, she said, could potentially lose money.

Lawmakers most recently attempted to pass revised guidelines in 2018 and 2019. Certain changes were became law, but proposed adjustments to the child support guideline amounts in the 2019 legislation were removed because of legislative concerns that Masterton said she understood.
She did urge lawmakers to act soon to adjust the guidelines so that judges are acting consistently and not deviating from the guidelines that are in place.

Interim Joint Committee on Judiciary Co-Chair Rep. Jason Petrie, R-Elkton, said the urgency to pass new guidelines has been building. He said he wants the child support calculation method and other issues affecting the guidelines addressed as soon as the 2020 regular legislative session.

"It's got to be corrected, so I will echo, it must be dealt with," said Petrie. "I want this dealt with."

New draft guidelines to consider should be available as early as this fall, according to Kentucky Cabinet for Health and Family Services Department for Income Support Commissioner W. Bryan Hubbard, who told the committee that his department is working with the Center for Policy Research to update the guidelines.

Among other requirements, Hubbard said the Center will present up to three onsite presentations on guideline recommendations and supportive data. "This includes availability to answer technical and substantive questions for legislative hearings," he said.

The recommended guidelines should be ready by this Sept., said Hubbard, with a final report from the Child Support Guidelines Commission ready by the end of October.

"There are a lot of moving parts in child support, there is a lot going on," she said. "There are contracts being consolidated, budgets being cut. And I want to know more about those." Petrie said more meetings are to come, both on child support and the issue of guardians ad litem which was discussed earlier in the meeting.

"These two topics are things that need to be moved along," he said, adding he'd like for other members of the committee to help "take the lead" in fostering additional discussion. "If you'd make the contact that'd be great."