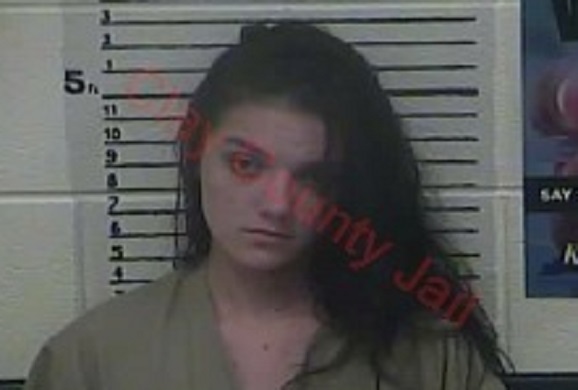 The arrest occurred when Deputy Edwards went to a residence on Roots Branch Road while attempting to locate a wanted fugitive.

Upon entering into the home, Deputy Edwards made contact with the above mentioned female individual who was unresponsive with a small plastic baggy with a crystalline substance.

Once the female was woke up, she took an aggressive stance and began to strike deputies and other uniformed officers on scene.

The individual was arrested without further incident.

Stacy Savage was charged with: