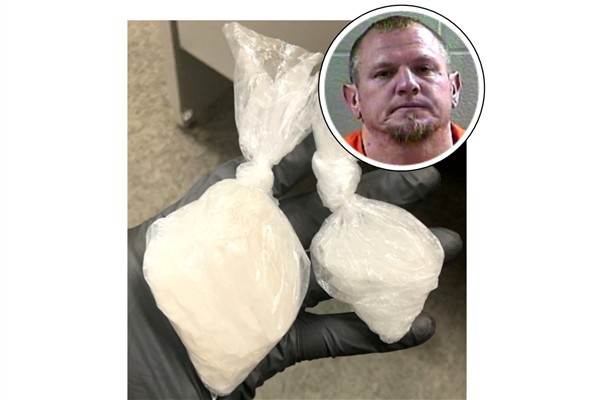 The arrest occurred following a continuing investigation conducted by the Laurel County Sheriff's office after information was developed and a large quantity of Methamphetamine found in a motel room rented by this individual at a motel in southern Laurel County.

This individual had earlier been arrested by Laurel Sheriff's Sgt. Greg Poynter and lodged in the Laurel County Correctional Center.

After the follow-up investigation Heath B. Coomes was charged additionally with:

Needles and used needles were discovered in the motel room also.

Photo of seized Methamphetamine attached to this report.