Judge-elect Caldwell to be sworn in as Court of Appeals judge Friday Dec. 6 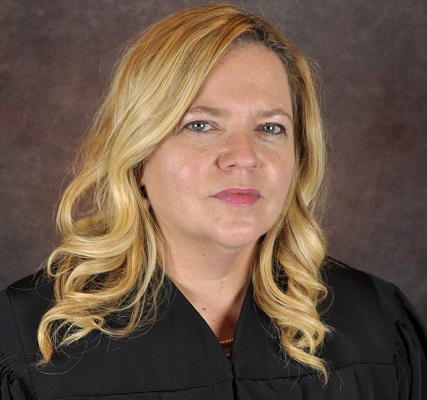 FRANKFORT, KY – Judge-elect Jacqueline M. Caldwell will be sworn in as a Kentucky Court of Appeals judge Friday, Dec. 6, at an investiture ceremony in Bardstown. The media and public are invited to attend. The event will take place at 2 p.m. EST at the Nelson County Justice Center at 200 Nelson County Plaza. Justice Debra Hembree Lambert of the Supreme Court of Kentucky will administer the oath of office to Judge-elect Caldwell.

Judge-elect Caldwell  was elected in November to serve the 3rd Appellate District, Division 1. The district is composed of 27 counties. She succeeds Judge Jonathan R. Spalding, who was appointed to the judgeship to fill the vacancy created when Justice Lambert was elected to the Supreme Court in November 2018.

Court of Appeals
Nearly all cases heard by the Kentucky Court of Appeals come to it on appeal from a lower court. If a case is tried in Circuit Court or District Court and the losing parties involved are not satisfied with the outcome, they may ask for a higher court to review the correctness of the trial court’s decision. Some cases, such as criminal case acquittals and divorces, may not be appealed. In a divorce case, however, child custody and property rights decisions may be appealed. Cases are not retried in the Court of Appeals. Only the record of the original court trial is reviewed, with attorneys presenting the legal issues to the court for a decision.

Fourteen judges, two elected from seven appellate court districts, serve on the Court of Appeals. The judges are divided into panels of three to review and decide cases, with the majority determining the decision. The panels do not sit permanently in one location, but travel throughout the state to hear cases.