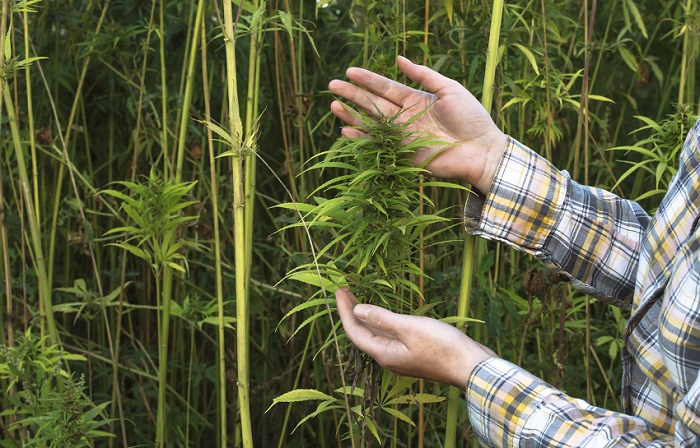 Since Senator McConnell's initiative for full hemp legalization became law, he has worked on behalf of hemp farmers and stakeholders around Kentucky to impress upon the federal agencies the need to finalize the new regulatory framework implementing his hemp initiative before the 2020 growing season.

Many hemp farmers and producers in Kentucky faced challenges accessing capital and other important financial products as they have explored the crop's economic opportunities, despite passage of Senator McConnell's hemp-legalization initiative in the 2018 Farm Bill. Hearing these concerns from his constituents, Senator McConnell earlier this year, was joined by Senator Ron Wyden (D-OR) in contacting several federal banking and financial regulatory institutions reiterating hemp's legality and requesting timely guidance and clarification to help ease concerns from lawful hemp farmers and producers about the lack of access to financial services.

After the National Credit Union Administration fulfilled Senator McConnell's request to issue guidance and the U.S. Department of Agriculture released its regulatory framework, Senator McConnell followed up with the federal banking regulatory agencies in October to reiterate his request for them to issue guidance to help ease this barrier for the legal hemp industry.

"Today's multi-agency announcement represents continued progress as we work to ensure hemp is treated just like any other legal agricultural commodity," said Senate Majority Leader McConnell, a senior member of the Senate Agriculture Committee. "Even after President Trump signed my initiative in last year's farm bill to fully legalize hemp and remove it from the list of federally controlled substances, I heard from hemp producers around Kentucky about their ongoing challenges, including the lack of access to the financial system. I'm proud federal banking regulators agreed to my request to issue new guidance that affirms hemp's legality. I look forward to more Kentucky producers having the ability to grow their hemp businesses with the help of the Commonwealth's financial institutions."

"Once again, Senator McConnell showed why he is an indispensable voice for Kentucky in Washington," said Kentucky Bankers Association President and CEO Ballard W. Cassady, Jr. "By affirming hemp's status as a legal commodity, this federal guidance can provide much-needed clarity and reassurance to Kentucky banks exploring opportunities in our state's growing hemp industry. For years, Senator McConnell has championed the cause of hemp, helping overcome numerous challenges at the federal level so Kentuckians are able to take full advantage of this exciting crop. Without the Senate Majority Leader throwing his weight behind this Kentucky priority, we might never have gotten it done."

Kentucky has been at the forefront of hemp production since the authorization of industrial hemp pilot programs established by Senator McConnell's provision in the 2014 Farm Bill. Agriculture leaders from around the country are looking to the Bluegrass State's hemp industry as the crop is now grown in 101 of 120 counties.