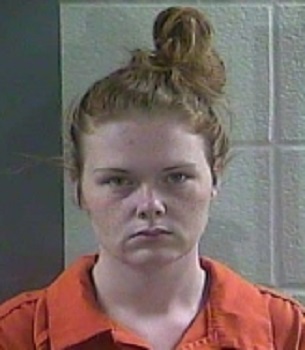 The arrest occurred off Drew Lane, approximately 7 miles east of London after deputies were dispatched to a fight in progress complaint there.

When deputies arrived at the scene, they observed a female subject hit a male subject in the face.

An investigation was conducted and it was learned that allegedly that a male subject there had been assaulted by a female subject.

Deputies noted redness on the side of the male victim’s face.

Tyra Vickers was charged with: