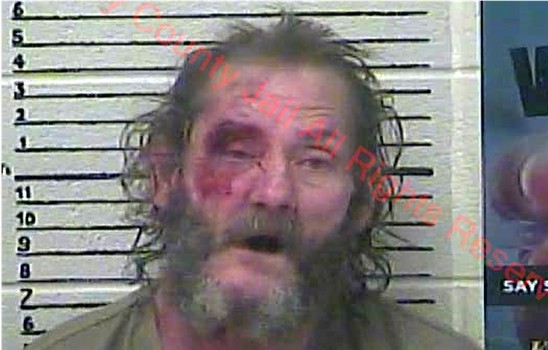 The arrest occurred when Sgt. Gabbard received a complaint of a male subject that had been beaten and shot with a pellet gun.

Upon arrival, Sgt. Gabbard located the male subject walking down the driveway who immediately became disorderly to units on scene.

The subject then proceeded to make hand gestures as a firearm and began screaming towards officers. The subject then fled behind a residence where he picked up a wooden board with nails in it and attempted to strike City Police Officer Ryan Jackson and K9 Zeus.

The subject refused all verbal commands to comply, taser was deployed and the subject began to physically fight officers on scene. After the struggle the subject was placed under arrest without further incident.

Once in Sgt. Gabbards patrol car the subject began to attempt to kick out the windows of the car.

The subject had to be transported to AdventHealth of Manchester to be seen by medical staff, once arrived the subject assaulted security staff.

Michael Hubbard was charged with: