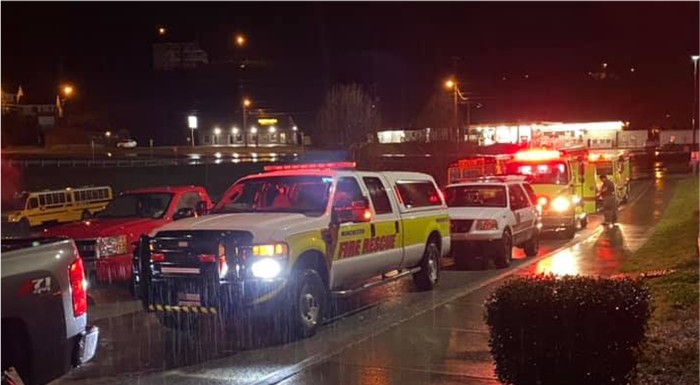 Upon arrival of the Manchester Police Department they determined that there was smoke and a strong odor coming from the building.

Upon arrival of our first responding units they began searching the building for the source of this smoke and odor.

While units were searching, Engine Companies 7 & 4, accompanied by Ladder 1 & Car 1 arrived on scene where they utilized a thermal imaging camera to check throughout the building for anything that could possibly be the source of the smoke.

After searching for around 10 minutes one of our Firefighter’s found not only one but two separate heating devices that were no longer working and were producing smoke.

(left) - One of the devices that had been on fire.

Once using a thermal imaging camera and getting a closer look, both heating units had been on fire inside the school.

Firefighter’s then shut the power off to these two units and notified the School Maintenance department who the scene was then handed over to after being deemed safe for the night.

It is unknown what caused the heating devices to catch on fire.

All units then cleared the scene with no further incident.