Five others pleaded guilty, prior to trial, for crimes related to nationwide drug trafficking and money laundering scheme 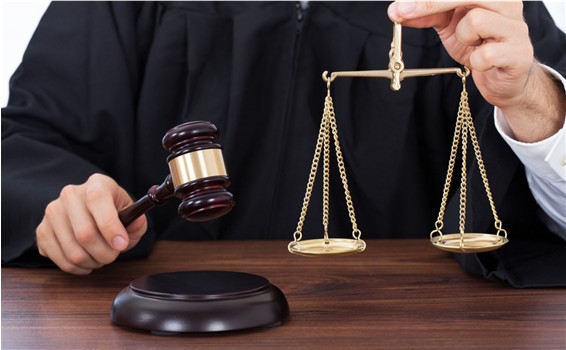 LEXINGTON, KY - A Los Angeles woman was convicted on Thursday, by a federal jury sitting in Lexington, of conspiracy to distribute cocaine and marijuana, along with conspiracy to commit money laundering offenses.

According to testimony at trial, Matthews partnered with Robert W. Carlson to move cocaine and marijuana, belonging to the Sinaloa Cartel, from California to East Coast cities including Lexington, Louisville, New York, Charlotte, Atlanta, and Miami, using private planes. Over the course of the conspiracy, Matthews moved thousands of kilograms of cocaine and over 100 kilograms of marijuana to these cities. She also brought millions of dollars from the East Coast back to California to be handed over to the cartel.

Matthew was indicted in October 2017.  Her charges stemmed from a larger investigation into drug trafficking and money laundering activities that was precipitated by a drug seizure from a private plane that arrived, from Van Nuys Airport in Southern California, at Bluegrass Airport in Lexington, in April 2017

Two other defendants, Robert Earl Wallace and Kendra Michelle Caprice Tally also pleaded guilty for their roles in the drug conspiracy.  In February 2020, Wallace pleaded guilty to conspiring to distribute cocaine. Wallace, a private pilot, admitted in his plea agreement that he flew as many as ten trips for Carlson and his associates, where drugs and/or drug proceeds were moved to locations across the country. Wallace admitted that he did at least one of those trips after he learned the trips’ purpose and that that trip involved moving at least 80 kilograms of cocaine.

Tally, who was a passenger on a flight that landed in Lexington in April 2017, with cocaine and methamphetamine on the plane, pleaded guilty in February 2020 to the felony offense of lying to federal agents. She admitted in her plea agreement that she knew that there were controlled substances on the flight, but falsely told Homeland Security agents that she did not know the plane was carrying controlled substances. Tally was sentenced to a three-year term of probation.

“This investigation, and the resulting prosecutions, helped disrupt a major drug trafficking and money laundering organization operating across the United States,” said U.S. Attorney Robert M. Duncan, Jr.  “The convictions are the result of hard work and dedication of the trial team and the investigators that brought this important matter to trial.  We are also appreciative of the efforts of the men and women of the jury.  They were asked to observe testimony, review evidence, and then ultimately deliberate in the face of the COVID-19 pandemic, which undoubtedly added an additional level of difficulty.  The Court undertook health safety measures to limit and minimize potential exposure to the virus, and the jurors faithfully discharged their duty.  They bore that responsibility admirably.  I thank the jurors for their important public service.”

The Department of Homeland Security and the Kentucky State Police conducted the investigation, with assistance from the Federal Aviation Administration. The United States was represented in this case by Assistant U.S. Attorneys Dmitry Slavin, Roger West, and Will Moynahan.