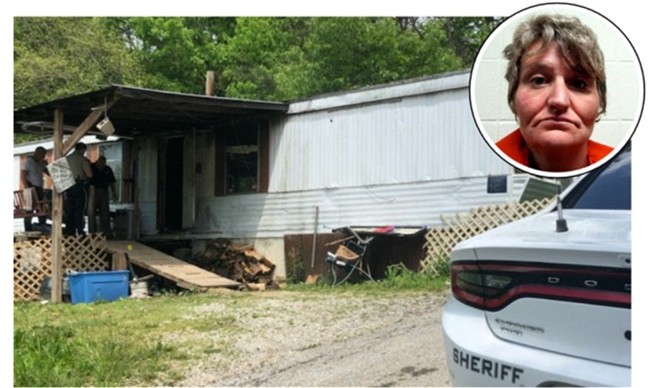 The arrest occurred in London after deputies located a suspect off Jervis Lane 6 miles west of London allegedly involved in the overnight shooting death of a male subject on Cole Road, approximately 1/2 mile west of London.

Investigators reported that a neighbor to the victim apparently found the victim on the front porch near the front door of the victim's residence with multiple gunshot wounds.

Investigators developed leads on the location of a possible suspect and have determined through investigation that the suspect apparently shot the victim overnight.

The victim has been identified as Raymond Jackson age 57 of Cole Road pronounced deceased at the scene by the Laurel County coroner's office.

Melzena Moore was charged with:

No motive has been determined.

A weapon as not been recovered.

Photo of accused is courtesy of the Laurel County Correctional Center.

Photo of crime scene attached to this report.

Assisting for the Laurel County Sheriff's office was:

Also assisting on the investigation and at the scene was: